How Not to Cover Critical Race Theory 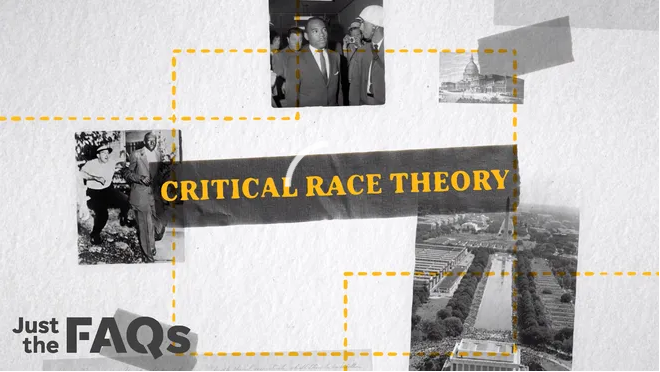 10 Jul 2021 – After working the right up into a lather over Black Lives Matter (FAIR.org, 5/27/21), Fox News and its conservative media allies have turned white rage onto a more actionable target: critical race theory. Though the theory is a longstanding and specific academic lens for understanding systemic racism, the right has transformed it into a catchall for anything that encourages talking about and addressing racism.

It’s textbook backlash politics: Racist police violence sparked a movement demanding a re-examination of racism in America and systemic reform that might challenge white privilege, so the right launched its own movement to shut down conversations about race and white privilege in any and all institutional arenas, most prominently schools, government offices (including the military) and corporations, that could possibly make that happen. 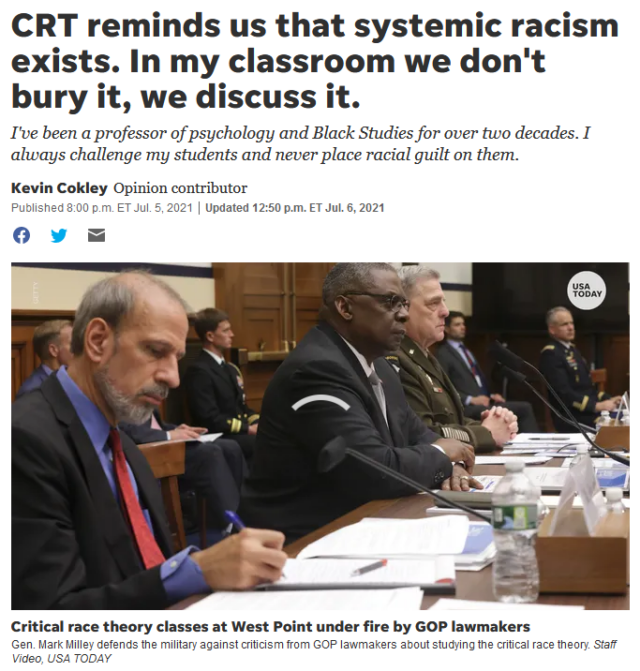 It’s unsurprising that the right would turn the focus to white victimhood rather than anti-Black violence and discrimination. But mainstream corporate media have also given far too much space and legitimacy to the tactic. In June, 424 articles could be found in major US newspapers that mentioned “critical race theory,” according to a Nexis search–compared to four articles in August 2020, the month before the right-wing attack on critical race theory was rolled out on Tucker Carlson’s Fox News show (9/2/20).

A July 6 USA Today editorial page dedicated to the CRT “debate” exemplified the wrong way to cover the issue. The editorial board’s own opinion was accompanied by not one but two opposing views: For the left, it tapped Kevin Cokley (7/5/21), a professor of African studies at the University of Texas, whose subhead argued, “I Always Challenge My Students and Never Place Racial Guilt on Them.“ 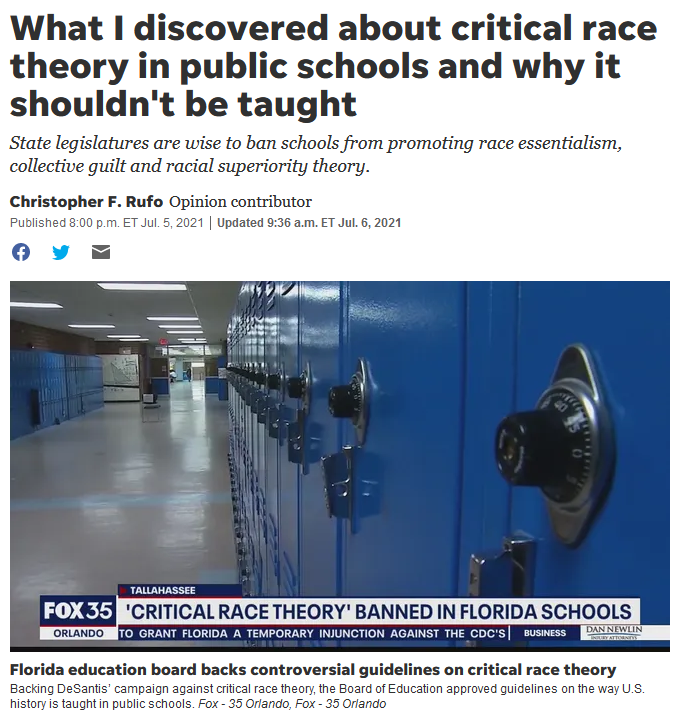 USA Today (7/5/21) provided space to the critic who said he wanted to “recodify” critical race theory to “annex the entire range of cultural constructions that are unpopular with Americans.”

For the right, the paper invited Christopher Rufo (7/5/21), the right-wing provocateur (and Fox News regular) from the Manhattan Institute who invented the CRT-as-anything-conservatives-hate rallying cry. Rufo has explicitly stated that his

goal is to have the public read something crazy in the newspaper and immediately think “critical race theory.” We have decodified the term and will recodify it to annex the entire range of cultural constructions that are unpopular with Americans.

Rufo’s op-ed, “What I Discovered About Critical Race Theory in Public Schools and Why It Shouldn’t Be Taught,” carried the subhead: “State Legislatures Are Wise to Ban Schools From Promoting Race Essentialism, Collective Guilt and Racial Superiority Theory.”

Note the emphasis on white guilt in both subheads. The debate centers on whether CRT should be taught, but the question is hinged on whether white students might be made to feel any responsibility for historical and contemporary racism and white privilege—the implicit assumption being that they should not. It’s quite a victory for the right, which just a year earlier was uncomfortably forced to debate whether police are killing too many Black people.

The paper’s editorial board (7/5/21), for its part, staked out a “middle” ground: “Critical Race Theory Fear a Mix of the Predictable, the Outlandish and the Justified.” While some criticism is explicitly “justified,” at times critics have gone too far, it suggested: “Responding to all these concerns by policing classroom discussions about race with a state law is like using a shotgun to drive mosquitoes out of a bedroom.”

The mosquito simile suggests that existing culturally responsive curricula in schools aren’t exactly dangerous, but certainly annoying, and worth getting rid of—presumably with a flyswatter rather than a shotgun. The board prefers that “school board members, principals and teachers themselves” make curriculum decisions.

Of course, the right is working that angle, too, trying to take over school boards with activists, which would render USA Today‘s position even more untenable. This isn’t an issue that can be both-sidesed or depoliticized. Media need to treat it as it is: an attempt to shut down speech across institutions when power is being challenged. 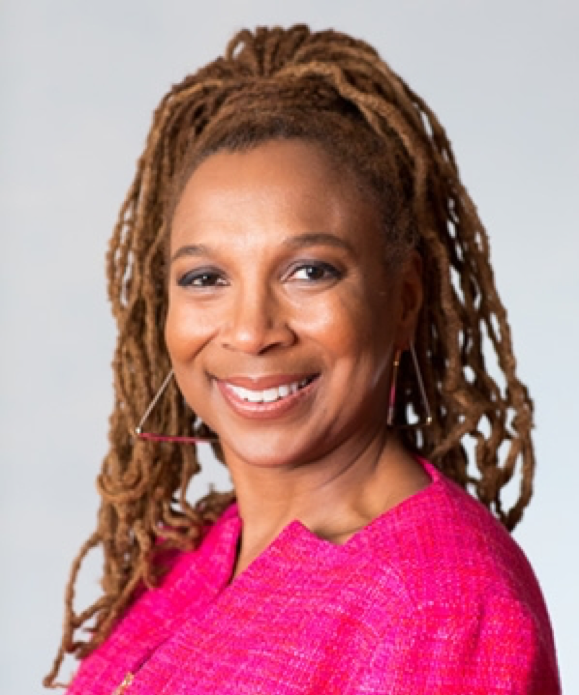 Kimberlé Crenshaw (MSNBC, 7/6/21): “When we start dictating what can be taught, what can be said, and what is unsayable, we are well, well down the road towards an authoritarian regime.”

Understand what risk we all face if they are allowed to dictate what can be said, what can be taught, what can be learned, who can vote, and who can protest. This is a recurrence of redemption. All of these things are exactly what happened at the end of Reconstruction….

When we start dictating what can be taught, what can be said, and what is unsayable, we are well, well down the road towards an authoritarian regime. People keep asking, “Can it happen here?” If you look at Black history, it has happened here.

Racism will be the vehicle through which authoritarianism rises in this country. That’s what we’re seeing happening right now. And the only question is whether people who believe in this country, if they recognize that they have a dog in this fight. Only if people wake up and see that this implicates all of us can we have hope that this is not going to be a replay of redemption in the 19th century.

Crenshaw may have been talking about the public generally, but major media, with their key role in framing narratives and legitimizing political positions, are certainly implicated as well. Too many in the media came to realize too late the danger of covering Trump as just another politician (FAIR.org, 12/1/16); it is urgent they don’t make the same mistake again.

Julie Hollar is FAIR’s senior analyst and managing editor. Julie has a Ph.D. in Political Science from the Graduate Center of the City University of New York.