The Indigenous poet, author, scholar and teacher died in Honolulu at age 71. 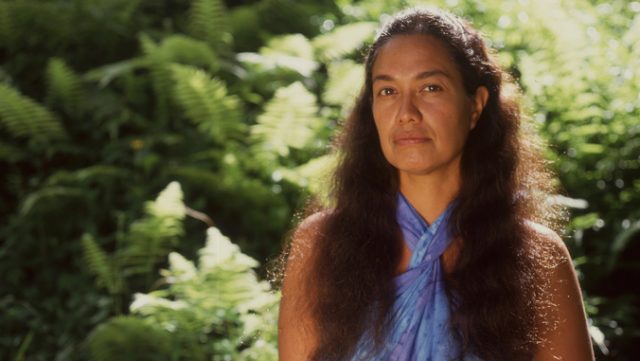 Haunani-Kay Trask died at age 71 in Honolulu after a battle with Alzheimer’s.
University of Hawaii photo/Brett Uprichard

Trask was known for her powerful speaking and persistent advocacy on behalf of the Native Hawaiian community, her nationalism and her writings.

“We are not American!”

she told a crowd in 1993 in front of Iolani Palace on the 100th anniversary of the illegal overthrow of the Hawaiian Kingdom.

“We will die as Hawaiians, we will never be Americans!”

At the time of her passing, she was a professor emeritus at the University of Hawaii Manoa, where she helped found the Center for Hawaiian Studies and taught for decades.

One of her former students, University of Hawaii political science professor Noelani Goodyear-Kaʻōpua, described Trask as

“one of the most influential and prominent and internationally renowned Hawaiian scholars and activists of the 20th and beginning of the 21st centuries.”

Trask inspired Pacific Islander poets and advocated against the destructive impacts of the military and tourism industries in Hawaii as well as colonization and white supremacy globally, Goodyear-Kaʻōpua said.

“She has for decades fearlessly been thinking about the importance of the restoration of land to Native Hawaiians and the ways that land is central to politics,” she said.

Her younger sister Mililani said Trask died peacefully around 2 a.m. in a Honolulu care home after years of battling Alzheimer’s.

Mililani Trask said her sister would have wanted to be remembered as a poet and teacher.

“When she was asked to introduce herself, she always started to say she was a poet, a Hawaiian woman poet,” Trask said. “She considered her greatest accomplishment was the work she did to found the Center for Hawaiian Studies.”

The two grew up together in Kaneohe, their father an attorney and their mother a public school teacher, just walking distance from Kaneohe Bay. As children, they’d walk to collect clams and bring them back in buckets.

Haunani-Kay Trask attended the University of Wisconsin where she helped found a feminist campus organization, her sister said. After returning to Hawaii, Trask was first hired by the American Studies Department at the University of Hawaii and from there advocated to create a department dedicated to Native Hawaiians.

Mililani Trask said since the news broke about her sister’s passing, she has been fielding countless calls from Indigenous people in New Zealand, the Amazon, North America, Puerto Rico and elsewhere sharing their condolences and appreciation for her sister’s international influence on global Indigenous rights.

“My sister’s greatest legacy was her fearless advocacy, her strong loyalty to our people and culture and the rights attached to it,” Trask says. “Her understanding of our history was paralleled by her ability to understand modern issues impacting Indigenous peoples.”

Anita Hofschneider is a reporter for Civil Beat. You can reach her by email at anita@civilbeat.org.