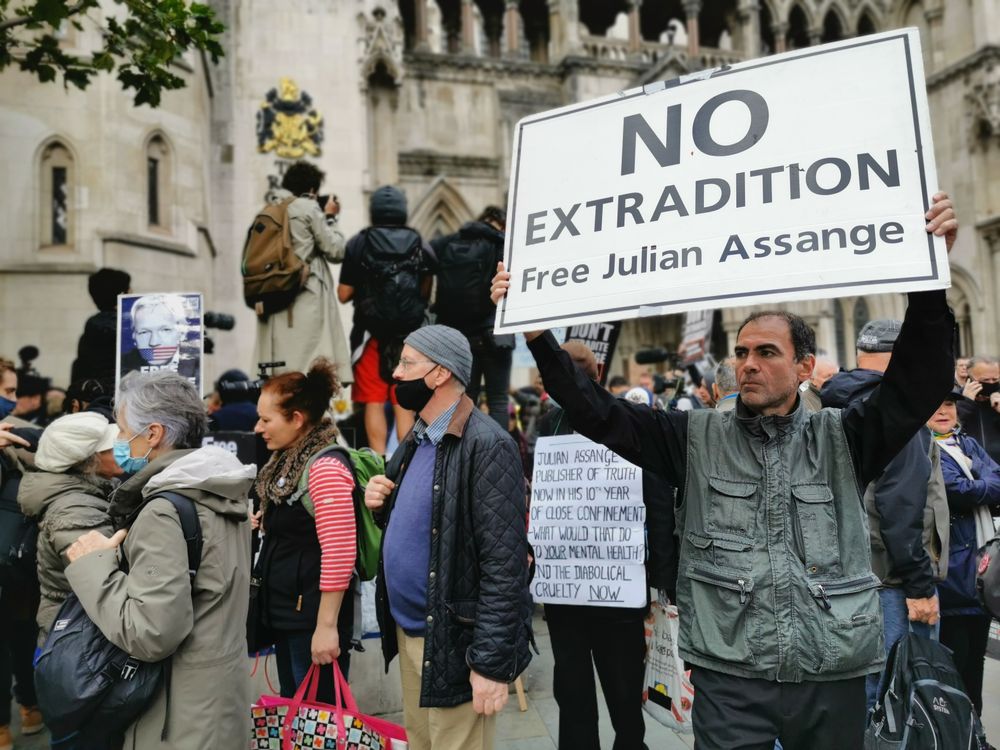 28 Oct 2021 – The Central Intelligence Agency’s record of retaliation against WikiLeaks founder Julian Assange, including reported plans to kidnap or assassinate him, was focused on during the second day of the United States government’s appeal hearing.

It was part of the Assange legal team’s effort to convince the High Court of Justice in the United Kingdom of the gravity of the risks, which Assange would face if they overturn a district judge’s decision and allow extradition.

Mark Summers QC, one of Assange’s attorneys, contended this was the “first time the U.S. had sought the assistance of a U.K. court in obtaining jurisdiction” over a person that a U.S. government agency had planned to poison or assassinate.

“That is worthy of an investigation in relation to the assurances,” Summers added, referring to the pledges involving how they would treat Assange. The U.S. government offered these “assurances” with the hope of salvaging their case.

On January 4, District Judge Vanessa Baraitser concluded it would be “oppressive to extradite” Assange to the U.S. because of his mental health condition. However, she kept him detained at the Belmarsh high-security prison while the U.S. government pursued their appeal.

Assange was charged with 18 offenses, 17 of which are under the Espionage Act. The law passed in 1917 has increasingly been wielded by the Justice Department against media sources, who disclose “classified” documents or talk about sensitive information with journalists.

After two days of proceedings, the High Court indicated it would take some time to fully consider all the arguments and issue a decision. But whatever they decide, there will still be a cross-appeal that the defense has indicated they plan to submit to challenge the parts of Baraitser’s decision that are particularly threatening to press freedom.

Also, both the U.S. government and the Assange legal team are likely to appeal to the U.K. Supreme Court, if they are unsatisfied with the judgement of the High Court.

Both the assurances involving SAMs and ADX Florence contained an important stipulation. The U.S. government “retains the power” to designate Assange for either SAMs or ADX Florence if he commits “any future act” that meets the “test for such designation”; for example, if officials deem they must prevent a “breach of national security.”

Can The High Court Trust The U.S. Government?

Altogether, the assurances from the U.S. government turn on the “trustworthiness” of them. The defense would start from the basis that they were offered in good faith, but if the High Court allows them, Assange’s attorneys would like to hold a hearing where they can call witnesses and submit evidence in order to determine the reliability of these assurances.

The defense noted in their submission to the High Court, “One agency with power to recommend SAMs to the attorney general (on the basis of some unspecified ‘act’ they perceive Mr. Assange to have committed) is the CIA—the very same agency whose criminal acts Mr Assange has sought to expose, and who are under active investigation in Spain for plotting to kill him.”

“These issues are stark. And not capable of being grappled with properly by this court without knowledge of the alarming evidence adduced below.”

Assange’s legal team was referring to a Yahoo! News report published in September published under the headline, “Kidnapping, assassination and a London shoot-out: Inside the CIA’s secret war plans against WikiLeaks.”

It revealed the “legal significance” of CIA Director Mike Pompeo redefining WikiLeaks as a “non-state hostile intelligence agency” in the first speech he gave as the agency’s director in April 2017.

Pompeo became obsessed with Assange and WikiLeaks after the publication of “Vault 7” materials that exposed the CIA’s cyber warfare capabilities. He oversaw agents who escalated a disruption campaign against WikiLeaks and permitted hacking into the personal devices of staff and individuals viewed as associates of the media organization.

The agency was allowed to paralyze WikiLeaks’ “digital infrastructure,” provoke “internal disputes within the organization by planting damaging information,” and even though there are no “members” of WikiLeaks, they could try to steal “WikiLeaks members’ electronic devices.”

Plotting against Assange led to proposals for kidnapping him in the summer of 2017. They discussed breaking into the Ecuador embassy, where he was living under political asylum, in order to put him on a rendition flight.

“Agency executives requested and received ‘sketches’ of plans for killing Assange and other Europe-based WikiLeaks members who had access to Vault 7 materials, said a former intelligence official. There were discussions ‘on whether killing Assange was possible and whether it was legal,’ the former official said,” the Yahoo! News report further revealed.

As Summers contextualized the damning nature of this report, he linked it to the evidence that was put before the district judge involving UC Global, a Spanish security company that the Yahoo! News story largely confirmed had passed audio and video footage from cameras, which were spying on the embassy, to the CIA.

What we are talking about with the Spanish evidence is “potentially the tip of the iceberg,” Summers added.

In trying to convince the High Court of the threat the CIA poses to Assange, Summers also noted Joshua Schulte, the “gentleman alleged to be [Assange’s] source for Vault 7, is currently two years into SAMs.”

During the morning’s argument, Assange attorney Edward Fitzgerald QC defended neuropsychiatrist Professor Michael Kopelman, who Lewis sought to discredit during the first day of the hearing.

The U.S. government would like Kopelman’s expert testimony, which concluded that there was a “very high risk” Assange would commit suicide if extradited, to be ruled inadmissible.

To get it thrown out, the prosecution claims Kopelman failed in his duty to the court when he withheld the fact that Stella Moris was Assange’s partner at the time, and that she was the mother of his two young children, which were conceived while he was living in the Ecuador embassy.

At the time, Kopelman became aware of revelations of extreme and unlawful surveillance of Assange, his family, and his legal team. But he still wanted to adhere to his obligations to the court, Fitzgerald said.

Kopelman testified in 2020 that “he was concerned about the privacy and safety of someone who had expressed a wish for their privacy to be respected.” Twenty-four hours before he submitted his initial report to the judge, he sought legal advice from experienced human rights lawyer Gareth Peirce, the head of the solicitor’s firm representing Assange.

But Peirce was herself facing “ a mass” of documents, which had to be served on the court at that time, including submissions that related to surveillance, attempts by CIA to obtain their children’s nappy to compare its DNA to that of Assange, and plans to kidnap or poison Julian.

Peirce was “simply overwhelmed” with issues to be addressed. She was not able to secure legal advice to Kopelman about his query before his initial report was due.

Far from being the actions of a dishonest actor, Baraitser determined that Kopelman’s omission, though misleading, had not misled the court. She was already aware of Moris’ identity before she read Kopelman’s initial report.

What Kopelman did was a “very human response” under all of the circumstances, Baraitser wrote in her decision.

Prosecutors tried to make light of the phrase “a very human response,” treating it as meaningless. However, Fitzgerald noted that within the context he described that involved UC Global spying, it made perfect sense.

To defend the professional reputation of Kopelman, the opinion of Professor Keith Rix, a recognized expert on the ethical duties of psychiatric experts, was shared with the High Court.

According to Rix, Kopelman “acted ‘professionally’; ‘responsibly’ and he ‘exercised appropriate and reasonable caution” in not disclosing the full position in his initial report. 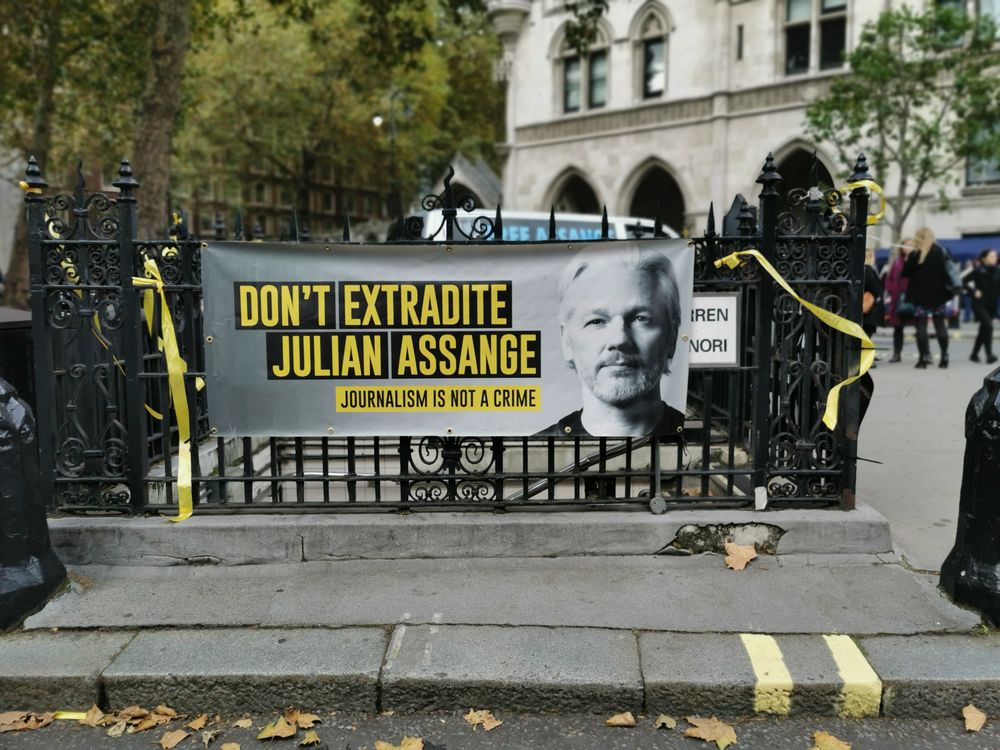 Assange Informed US Medical Expert of His Relationship With Moris

Fitzgerald challenged the U.S. government’s claims that they were “shocked” to discover Moris was in a relationship with Assange, especially because Assange informed Dr. Nigel Blackwood, one of the U.S. government’s preferred doctors, that he was in a relationship with Moris. He told him about their children two days before applying for bail in March 2020.

Moris provided a statement in support of Assange’s bail application on the basis that having a partner in a committed relationship with Mr Assange, who is also the mother of two of his children, would help reassure the court that he would abide by bail conditions.

Yet, Lewis mocked the idea that Moris and their two children’s safety was of any real concern, precisely because she opened up her identity to potentially being discovered by supporting bail for Assange.

Lewis also contended Assange had actually informed Blackwood of his relationship with Moris because he knew the information would become public anyway due to the bail application (something which was not guaranteed, since they sought an anonymity order to protect her privacy).

These remarks ignored the obvious point that Assange and his family were engaged in balancing their desire to protect their privacy and safety with the understandable objective of freeing Assange from what at the time was seven-plus years of confinement (first in the Ecuador embassy, then at Belmarsh).

In fact, Lewis told the court when Moris pursued the anonymity order that the prosecution was “neutral” and took no position on whether it should be granted.

‘The True Crime Is Journalism’

Assange’s defense characterized him as the “CIA’s most prominent critic,” especially because the information that is the subject of this prosecution included details of war crimes, torture, and atrocities against civilians by the U.S. government and the CIA in particular.

He is a witness against the CIA in criminal cases that are unfolding against their conduct in Spain, Germany, and before the International Criminal Court (ICC).

The CIA views Assange as a “hostile” “enemy” of the United States, who poses “very real threats.” His attorneys assert there is no reason to believe that vengeful attitude will not be reflected in his treatment should the High Court allow him to be placed in U.S. custody.

Outside of the Royal Courts of Justice, where over a hundred supporters gathered, WikiLeakseditor-in-Chief, award-winning Icelandic investigative journalist Kristinn Hrafnsson, sought to remind the crowd what this case is “all about.”

“This is a political persecution of a journalist who exposed war crimes and the secrets of the United States. We’re here because a journalist is being prosecuted for doing his job,” Hrafnson told a cheering crowd.

“The true crime is journalism. This must end.”

Mohamed Elmaazi is a journalist who has covered all of Julian Assange’s hearings. His work has appeared in Jacobin, The Canary, The Grayzone, and The Real News.