No longer content with Miami condos and London townhouses, investors are pouring money into properties in all corners of the world, fueling inequality and driving up prices, Pandora Papers investigation reveals. 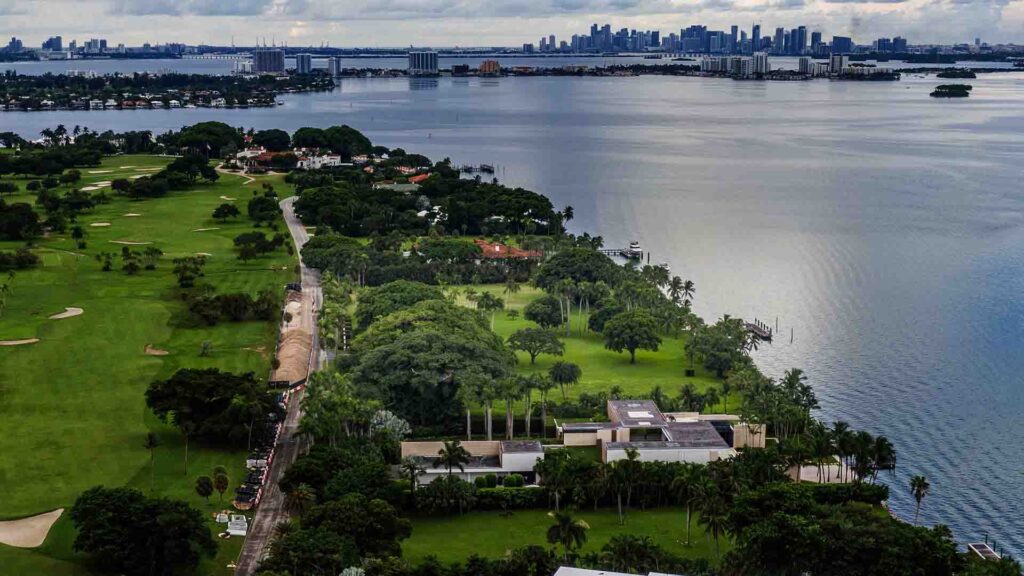 3 Nov 2021 – What do a Beatle, an autocrat’s daughter and a scandal-plagued Catholic order have in common? Each made multimillion-dollar investments in real estate through offshore companies or trusts that disguised the property’s ownership.

For Beatles drummer Ringo Starr, the property in question was a Los Angeles mansion. Arzu Aliyeva, daughter of Azerbaijan’s president, purchased a London office building. The Legion of Christ, a wealthy religious order disgraced by a sexual abuse scandal, poured millions of dollars into rental properties across the United States.

Starr, Aliyeva and the Legion are among hundreds of real estate owners or investors whose identities are revealed in the Pandora Papers, a massive cache of records that gave rise to a global investigation led by the International Consortium of Investigative Journalists.

Starr and Aliyeva did not comment on these findings. In statements to ICIJ, the Legion acknowledged that it had set up one offshore trust identified in the leaked files but said it had no knowledge of two others.

The leaked records expose billions of dollars of spending by the rich and famous — celebrities and politicians, oligarchs and other members of the uber-rich. And they’re buying not only luxury real estate but also properties not typically associated with offshore purchases. Dairy farms in Tasmania, a shopping mall in Uganda and rental homes in American suburbs have all been bought directly or indirectly through offshore companies or trusts, the records show.

Hundreds of companies in the Pandora Papers files listed owning real estate as a purpose. ICIJ analysis found politicians who used offshore companies to own properties in more than 10 countries, including the United Kingdom, the United States, France, Monaco, Barbados, and Italy. The owners included King Abdullah of Jordan and the prime ministers of the Czech Republic and Lebanon. King Abdullah and the Czech prime minister have denied wrongdoing.

Real estate is a stable investment that often appreciates in value. By purchasing property through a shell company, buyers can secure tax breaks and shield their identities from law enforcement authorities and creditors.

Secrecy also empowers criminals, including money launderers and drug cartels.Their trade in real estate through offshore companies moves millions of dollars while avoiding scrutiny. In the United Kingdom, a director of the National Crime Agency said he believed that dirty money had “skewed” London’s property market.

The combination of asset security and secrecy has also made offshore holdings a haven for money and other assets from less stable economies. A growing body of evidence suggests that offshore purchases at the high end of the real estate market have a ripple effect, pricing out people lower down the property ladder.

In the U.K. alone, the Pandora Papers reveal the beneficial owners of an estimated $5 billion of property, much of it in London, where more than 36,000 properties are owned through offshore companies.

The leaked records reveal a small fraction of the homes, hotels, factories and other properties owned worldwide through companies and trusts set up in tax havens. One recent study estimated that real estate worth between $5 trillion and $10 trillion — or about as much as the total wealth of Spain — could be owned through offshore vehicles.

“Whether people are hiding from the tax authorities or law enforcement, or from the scrutiny of a trusting public, these transactions are about obtaining impunity,” said Alex Cobham, head of the Tax Justice Network, a tax fairness advocacy group.

The Pandora Papers are based on a leak of nearly 12 million records from 14 offshore service providers. Some of those providers explicitly pitch the use of offshore companies to buy real estate as a tax-avoidance technique.

According to Geneva-based SFM, which specializes in offshore company formation, owning property through an offshore shell company “enables the beneficial owner(s) to enjoy an improved tax-regime and reduce many of the costs associated with investing in property abroad.” Inheritance taxes, withholding taxes, taxes on land sales and capital gains taxes can all be reduced or eliminated, SFM says on its website.

Leaked documents show that music superstar Julio Iglesias owns several multimillion-dollar properties in Miami through offshore companies. The Florida attorney listed as the contact for those firms was unequivocal about tax advantages of such structures for clients who are neither U.S. citizens nor permanent residents. He told ICIJ partners: “I have never advised clients to buy a property directly because that would be a terrible structure.”

The Pandora Papers revealed that former British Prime Minister Tony Blair — whose government had tried to curtail tax avoidance by offshore property buyers — and his barrister wife, Cherie Blair, saved close to half a million dollars in taxes by buying a London townhouse through an offshore company.

Stephen and Anthony de Heinrich, heirs to a multimillion-dollar oil fortune, invested in Tasmanian dairy farms through an offshore company intended to reduce their tax burden.

And the development arm of the World Bank committed up to $7.5 million to a fund whose Cambodian hotel investment was routed through a Singapore structure designed to reduce the fund’s tax bills.

Cherie Blair told ICIJ partners that there was “nothing unusual or underhand” about the couple’s property purchase, and she said that she had made sure the property was held through a U.K company after the transaction.

A spokesman for the World Bank’s development fund told ICIJ that its indirect investment in the Cambodian hotel group was intended to “create significant numbers of jobs and supply essential goods and services to their local populations.”

Legislators in the U.S., responding to the Pandora Papers investigation, have proposed requiring lawyers and real estate agents to perform more rigorous background checks on their clients and their clients’ wealth. A division of the Treasury Department that investigates money laundering has said it will require more information about the true owners of homes owned through shell companies.

But to date, authorities have done little to try to prevent the common — and legal — use of offshore vehicles to lower tax bills on property purchases.

Cobham, of the Tax Justice Network, said that the ability of the wealthy and well-connected to avoid taxes by using offshore companies and trusts was a way of “locking in” inequality.

“We need to eliminate, definitively, any kind of tax advantage that can be obtained simply by dressing up a transaction with an offshore company,” he said.

Explore nine case studies that show how investors are not only putting money into luxury real estate, a traditional store of wealth, but also a diverse range of properties from farms to suburban rental homes.

Margot Gibbs is a reporter who worked on ICIJ’s Pandora Papers investigation.

Agustin Armendariz is ICIJ’s Senior Data Reporter. Prior to joining ICIJ Agustin was a reporter at The New York Times, contributing data analysis to investigative stories and the daily report. He’s also worked for the Center for Investigative Reporting, San Diego Union-Tribune and the Center for Public Integrity.

is a global network of more than 190 investigative journalists in more than 65 countries who collaborate on in-depth investigative stories. Founded in 1997 by the respected American journalist Chuck Lewis, ICIJ was launched as a project of the Center for Public Integrity to extend the Center’s style of watchdog journalism, focusing on issues that do not stop at national frontiers: cross-border crime, corruption, and the accountability of power. Backed by the Center and its computer-assisted reporting specialists, public records experts, fact-checkers and lawyers, ICIJ reporters and editors provide real-time resources and state-of-the-art tools and techniques to journalists around the world. MORE…