Global Justice Now on Saturday [4 Dec] released data showing “just eight top Pfizer and Moderna shareholders” and their CEOs made $10.31 billion since the new COVID variant, Omicron, emerged, but doctor who discovered it says it’s mild, and may even be useful. 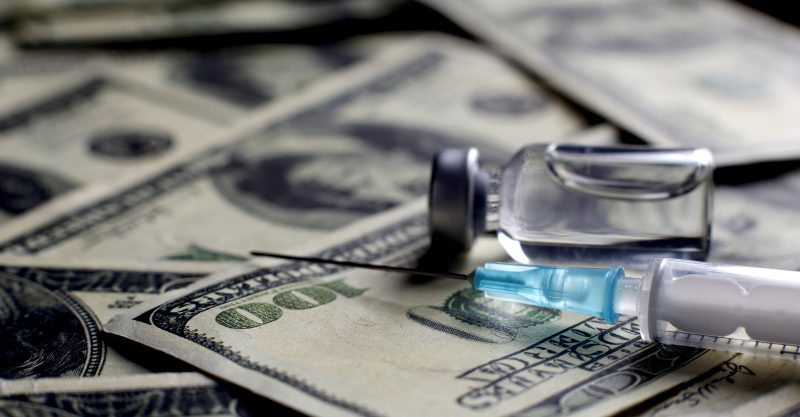 7 Dec 2021 – In the week after news of the Omicron variant hit the headlines, the CEOs and major shareholders of Moderna and Pfizer made a combined $10.31 billion, according to data compiled by the UK-based Global Justice Now.

Combined with the CEOs, Moderna’s and Pfizer’s four top shareholders made about $5.16, The Daily Mail reported.

As The Defender reported Nov. 30, early news reports on Omicron sent vaccine makers’ stocks soaring, after Moderna and Pfizer said they were rushing to develop vaccines for the new variant.

Moderna’s stock rose 20% on the Friday following Thanksgiving — a short trading day — while Pfizer and its vaccine partner BioNTech saw respective gains of 6% and 14%.

No evidence we need a vaccine for Omicron, but Pfizer makes the case, anyway

Global Justice Now accused Big Pharma of being responsible for the emergence of Omicron by gobbling up profits selling vaccines to wealthy countries, while refusing to share patents and making sure low-income countries get access to COVID vaccines.

“Pharmaceutical companies knew that grotesque levels of vaccine inequality would create prime conditions for new variants to emerge. They let COVID-19 spread unabated in low and middle-income countries. And now the same pharma execs and shareholders are making a killing from a crisis they helped to create. It’s utterly obscene.”

But not everyone agrees that failure to vaccinate causes new variants to emerge, or that Omicron is dangerous.

Dr. Angelique Coetzee, who is credited with discovering the Omicron variant, said she believes the variant may help lead to herd immunity.

Coetzee, who chairs the South African Medical Association and who has been a general practitioner for the last 33 years, said Omicron symptoms so far appear mild.

Coetzee wrote for The Daily Mail:

“No one here in South Africa is known to have been hospitalized with the Omicron variant, nor is anyone here believed to have fallen seriously ill with it … The simple truth is: We don’t know yet anywhere near enough about Omicron to make such judgments or to impose such policies … If, as some evidence suggests, Omicron turns out to be a fast-spreading virus with mostly mild symptoms for the majority of the people who catch it, that would be a useful step on the road to herd immunity.”

Early data support Coetzee’s observation that while Omicron may be highly infectious, it’s not highly dangerous.

According to CNBC, the South African Medical Research Council, in a report released Saturday, said most patients admitted to a hospital in Pretoria who had COVID didn’t need supplemental oxygen.

The report also noted that many patients were admitted for other medical reasons and were then found to have COVID.Pfizer CEO Bourla responded to that news by telling the Wall Street Journal:

“I don’t think it’s good news to have something that spreads fast. Spreads fast means it will be in billions of people and another mutation may come. You don’t want that.”

Though it’s not clear whether there’s a need for a new shot, Pfizer can develop a vaccine that targets omicron by March 2022, Bourla said.

It will take a few weeks to determine whether the current vaccines provide enough protection against the variant, Bourla said.