7 Jan 2022 – In the first of the publications on medical cannabis we talked about a book: La Historia de Mamá Cultiva ARGENTINA, by Valeria Salech. We also spread the word about the existence of the solidarity organisation “Mamá Cultiva” and the noble causes involved in self-cultivation and the production of medicinal cannabis derivatives. 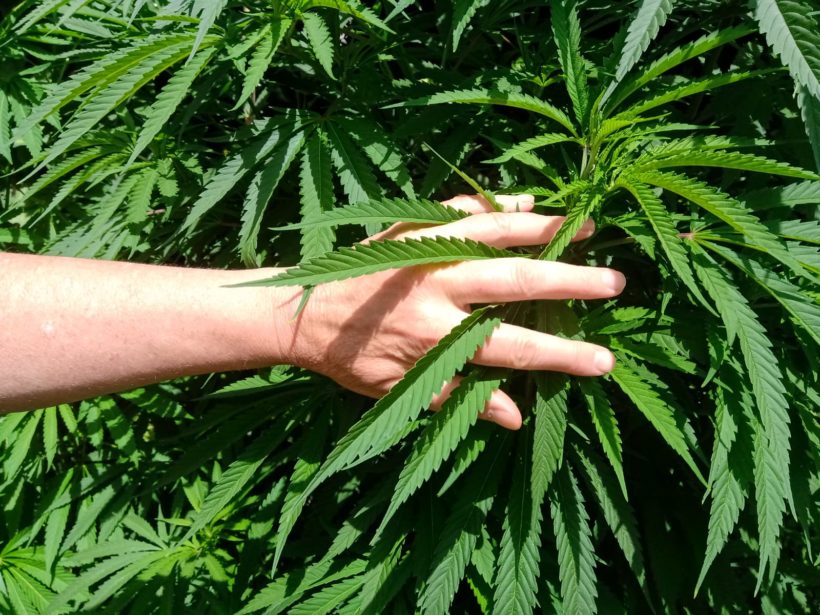 In the second article of the series entitled “C.M. Fitomedicina”, we report on another recently published book: Cannabis Medicinal, the Complete Guide, authored by Dr. Celeste Romero and Dr. Marcelo Morante. We list dozens of diseases with scientific studies carried out by an important number of valuable professionals, and we inform that these diseases all have a treatment.

From this same book we will make some quotations, for example the term “entourage effect” is mentioned in it. There have been decades of scientific research on the medicinal effects of cannabis. This research focused on isolating the main components or major cannabinoids, THC and CBD.

THC is short for “tetrahydrocannabinol” or Δ9-THC, while CBD is short for “cannabidiol”. Both are components of the plant and are located in its seeds, stem and flower. Cannabis has around 100 cannabinoids and more than 400 compounds, including fatty acids, terpenes, ketones, lactones, lactones, alcohols, flavonoids, etc. This rich content explains the number of different strains that exist and the multiple effects they produce.

Isolating the different compounds was a prerequisite for the development of drugs that could be dosed according to the canons and paradigms of allopathy. Only a few pharmaceutical products were produced with some of the isolated compounds mentioned. But they only served to treat a minuscule group of diseases and in most cases lacked the efficacy of other drugs on the market.

The cannabis plant has a much higher efficacy when cannabinoids and compounds are combined with each other and not in isolation. The effect is not the same when pure CBD or THC is used as when an all-natural extract is produced from a plant where these components interact, where the synergy is maintained. Teams of researchers at the end of the 1990s called the combination of the various existing compounds the entourage effect, with medicinal effects far greater than those of each isolated component.

I now share a short paragraph from that book:

To take one’s health into one’s own hands is to be the forger of one’s own destiny, this is revolutionary and anti-systemic. Mothers who treat their children mostly with chronic and severe illnesses. Who fight for the legalisation of self-cultivation, who militate for new laws. Who necessarily interact with science, with universities, with health and legal professionals.

Medical professionals with a deep commitment who need the experience of growers, producers of cannabis oil and other derivatives, to know about dosages and doses. This knowledge is in these common people of great sensitivity.

We are seeing relationships of solidarity that complement each other, where links are established, where everyone gives what they have without holding anything back, where others are treated the way they want to be treated. Vocations and experiences at the service of others, and here too a kind of human entourage effect is produced, and many things happen in addition…

I remember something said more than forty years ago by a humanist friend who coordinated our weekly meetings. We were a team of about a dozen people, and he said:

“individually we are incomplete, but if each of us gives our best, we will find ourselves together with a whole, complete, enriched and humanist human being”.

The better world that I desire, that I aspire to and that I also imagine already exists in various fields and areas. It is already with us and there is no turning back, the laws arrive very slowly, but they arrive.

And so, we human beings are permanently overcoming obstacles like the water that descends from the high peaks. It descends from the mountain making a long path that, although winding and sometimes capricious, makes sense, until it finally flows into the immense ocean of existence.

It is not only a matter of seeing the glass as half full, but also of being its contents. Dear readers, with this publication the series “Medical Cannabis” is coming to an end, but I don’t know about you, I think this topic has only just begun.

REHUNO – Red Humanista de Noticias en Salud is a group of volunteers from different countries, health professionals and/or users of health services, who want to give voice to a “humanizing view” of health systems from a broad and comprehensive perspective. REHUNO wants to put into words and images the positive news that needs to be highlighted and the negative news that needs to be denounced and happening on a daily basis. http://rehunosalud.org/