The Risk of Nuclear Disaster in Ukraine

Of all the obvious dangers that come with war, one of the most far-reaching in the current Russia-Ukraine conflict has been woefully underappreciated. Even if commanders took pains to avoid striking Ukraine’s 15 nuclear power reactors, that might not be enough to avoid a catastrophe. 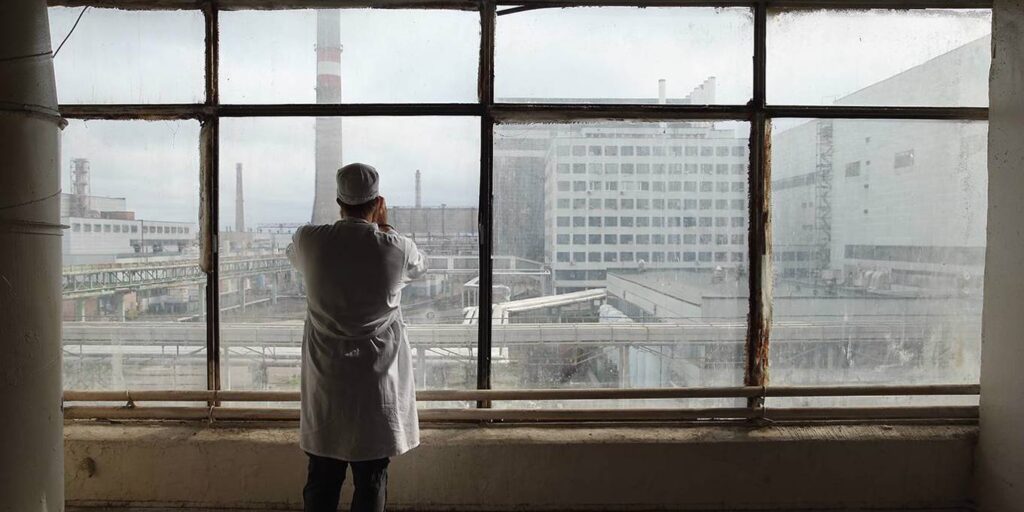 14 Feb 2022 – Russia’s large-scale military mobilization on Ukraine’s border has grim historic precedents. But should the Kremlin pull the trigger, it will encounter a hazard that no invading army has ever faced before: 15 nuclear power reactors, which generate roughly 50% of Ukraine’s energy needs at four sites.

The reactors present a daunting specter. If struck, the installations could effectively become radiological mines. And Russia itself would be a victim of the ensuing wind-borne radioactive debris. Given the vulnerability of Ukraine’s nuclear reactors and the human and environmental devastation that would follow if combat were to damage them, Russian President Vladimir Putin should think again about whether Ukraine is worth a war.

Power plants are common targets in modern conflict, because destroying them inhibits a country’s ability to carry on fighting. But nuclear reactors are not like other energy sources. They contain enormous amounts of radioactive material, which can be released in any number of ways. Aerial bombing or artillery fire, for example, could break a reactor’s containment building or sever vital coolant lines that keep its core stable. So, too, could a cyberattack that interrupts plant operations, as would a disruption of offsite power that nuclear plants rely on to keep functioning.

Were a reactor core to melt, explosive gases or belching radioactive debris would exit the containment structure. Once in the atmosphere, the effluents would settle over thousands of miles, dumping light to very toxic radioactive elements on urban and rural landscapes. And spent nuclear fuel could cause further devastation if storage pools were set afire.

The health consequences of such fallout would depend on the population exposed and the toxicity of the radioactive elements. The UN Chernobyl Forum estimated that the 1986 Ukraine accident would inflict 5,000 excess cancer deaths over 50 years, though some environmental groups think that figure grossly understates the likely toll. Indeed, thousands of thyroid cancers emerged in the years immediately following the accident.

In the midst of a pandemic that has killed millions, nuclear-reactor fatalities may seem trivial. But that would be an unconscionable misreading of the risk. To reduce the uptake of radiation that settled on the ground after Chernobyl, Soviet authorities had to relocate hundreds of thousands of people and remove large swaths of agricultural land and forests from production for decades.

In and around the reactor, 600,000 “liquidators” were deployed to clean up the site. Engineers built a giant “sarcophagus” over the reactor building to contain further releases. Millions of people suffered psychological trauma, and some seven million received social compensation. Eventually, the economic losses mounted into the hundreds of billions of dollars. Japan is still counting the hundreds of billions that the 2011 Fukushima disaster will cost, and that incident released only one-tenth of the radiation that Chernobyl did, mostly into the ocean.

A war would magnify these risks, because the reactor operators who might mitigate the fallout would be more prone to flee for fear of being shot or bombed. If a reactor is in the middle of a chaotic battlefield, there may not even be any first responders, and ill-informed populations hearing rumors would be on their own wandering – and panicking – in contaminated zones.

After the guns went silent, Ukraine would be saddled with the long-lingering effects that follow from any nuclear accident. And, as Chernobyl demonstrated, it would not be alone. Radiation releases do not observe national borders, and Russia’s proximity would make it a sink for radioactive aerosol deposits.

Given Chernobyl’s legacy, one might think that Russia would shun attacks on operating reactors. And avoidance is indeed the historic norm. True, Israel has attacked Syrian and Iraqi suspected nuclear-weapons plants, and Iraq bombarded two reactors in Bushehr, Iran, during the 1980s war. But in those cases, the plants were still under construction.

There have also been instances when attacks on operating nuclear power plants were considered: Serbia weighed a strike against Slovenia’s Krško nuclear plant early in the Balkan War, and Azerbaijan contemplated attacking Armenia’s Metsamor plant in the 2020 war.

But there are other cases when only dumb luck, rather than reason, prevailed. These include Iraq’s failed Scud attacks on Israel’s Dimona weapons reactor during the Gulf War and the US strike on a small research reactor at Iraq’s Tuwaitha Nuclear Research Center outside Baghdad during the same conflict.

Ukrainian anxieties about its nuclear vulnerability bubbled up in 2014 when Russia invaded and annexed Crimea. Concerned that further conflict could result in a reactor attack, it appealed to the International Atomic Energy Agency and the Nuclear Security Summit to help boost its defenses. Unfortunately, there is no defense that can withstand a Russian bombardment.

Is a reactor strike a bridge too far for Putin to cross? Russia’s combat behavior since the breakup of the Soviet Union gives cause for concern. In the Afghan, Chechen, and Syrian wars, Russian forces acted with scant regard for conventional boundaries. Then there are the vagaries of war generally. Bad stuff happens; combatants make mistakes; soldiers in the field ignore restraints.

A case in point was the March 26, 2017, bombing of the Islamic State-held Tabqa Dam in Syria. Standing 18 stories high and holding back a 25-mile-long reservoir on the Euphrates River, the dam’s destruction would have drowned tens of thousands of innocent people downstream. Yet, violating strict “no-strike” orders and bypassing safeguards, US airmen struck it anyway. Dumb luck saved the day again: the bunker-busting bomb failed to detonate.

For the Kremlin, the lesson ought to be clear. Invading Ukraine poses the risk of a radiological disaster that will affect not only the host country but also Russia itself. No war of choice merits such a gamble.

Bennett Ramberg, a former foreign affairs officer in the US State Department’s Bureau of Political-Military Affairs, is the author of Nuclear Power Plants as Weapons for the Enemy. Writing for Project-Syndicate since 2007.