The Trial of Julian Assange: A Story of Persecution 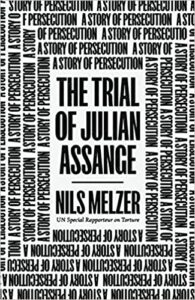 In July 2010, WikiLeaks published Cablegate, one of the biggest leaks in the history of the US military, including evidence for war crimes and torture. In the aftermath Julian Assange, the founder and spokesman of WikiLeaks, found himself at the centre of a media storm, accused of hacking and later sexual assault.

He spent the next seven years in asylum in the Ecuadorian embassy in London, fearful that he would be extradited to Sweden to face the accusations of assault and then sent to US.

In 2019, Assange was handed over to the British police and, on the same day, the U.S. demanded his extradition. They threatened him with up to 175 years in prison for alleged espionage and computer fraud. At this point, Nils Melzer, UN Special Rapporteur on Torture, started his investigation into how the US and UK governments were working together to ensure a conviction.

His findings are explosive, revealing that Assange has faced grave and systematic due process violations, judicial bias, collusion and manipulated evidence. He has been the victim of constant surveillance, defamation and threats. Melzer also gathered together consolidated medical evidence that proves that the prison has suffered prolonged psychological torture.

Prof. Nils Melzer is the Human Rights Chair of the Geneva Academy of International Humanitarian Law and Human Rights. He is also Professor of International Law at the University of Glasgow. On 1 Nov 2016, he took up the function of UN Special Rapporteur on Torture and Other Cruel, Inhuman or Degrading Treatment or Punishment. Prof. Melzer has served for 12 years with the International Committee of the Red Cross as a Legal Adviser, Delegate and Deputy Head of Delegation in various zones of conflict and violence. More…