Ukraine: The Fakes of Anti-Russian Propaganda 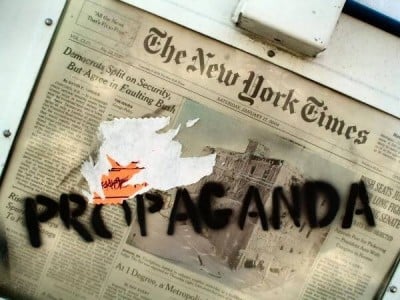 18 Apr 2022 – The New York Times published on April 4 a satellite photo, dated March 19, showing a street in the Ukrainian city of Bucha strewn with corpses. The photo, disseminated by the mainstream on a global scale, was presented as evidence of a “war crime committed by Russian troops in Ukraine.”

A technical examination shows that the satellite photo was not taken on March 19, when the Russian troops were in Bucha, but on April 1, two days after they left the city. 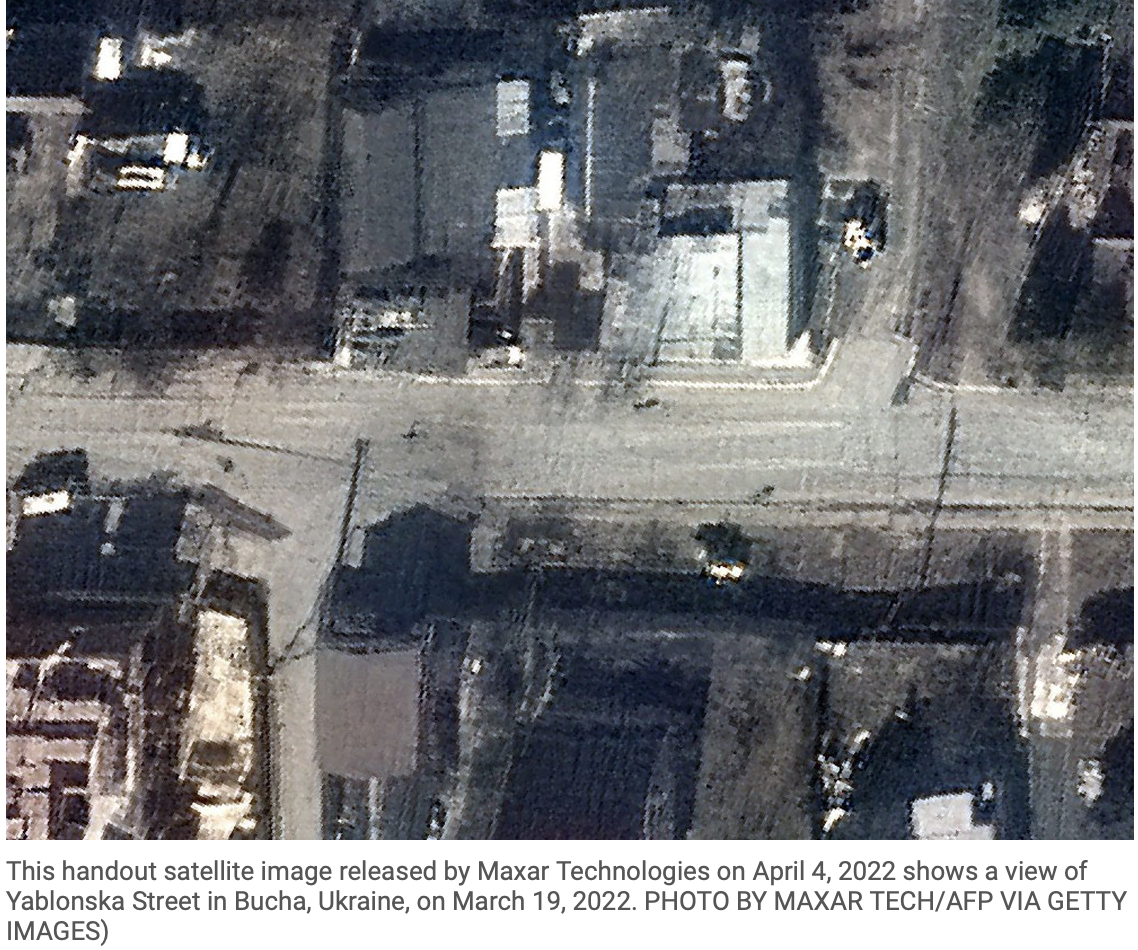 The exact date and time of the image were calculated by the SunCalc program, based on the Sun’s angle of inclination above the horizon and thus the direction of the shadows. In the satellite image published by the NYT, the Sun’s angle is 42 degrees. This means that the satellite photo was taken at 11:57 GMT on April 1.

Examination of the photos of the bodies by a forensic expert uncovers several clues to a staged event.

Other well-founded doubts on the official narrative of the “Bucha massacre” emerge from the same chronology of events: on March 30 the Russian soldiers leave Bucha, on March 31 the mayor of Bucha confirms this and does not mention any dead bodies, on March 31 the neo-Nazis of the Azov Battalion enter Bucha, on April 4 the satellite photo with the corpses in the streets is published. Moreover, instead of preserving the bodies in order to examine them and ascertain the causes of death, they are hastily buried in a mass grave where they remain for days. They are then exhumed to open an “investigation” and accuse Russia of a “war crime”.

Other technical evidence demonstrates the falsity of the official narrative of the Kramatorsk massacre, attributed to Russian troops. The serial number of the Tochka-U missile that hit the Kramatorsk train station on April 8, 2022 is Ш91579 (in Russian). This serial number marks the stock of Tochka-U missiles in the possession of the Ukrainian Army. Only the Ukrainian Armed Forces have Tochka-U missiles. Russia has not had them since 2019: they have all been deactivated. The Donetsk and Lugansk People’s Republics do not have and have never had Tochka-U.

The direction of the cone and the tail section of the missile that landed on the ground near the Kramatorsk train station clearly shows that it was fired from the 19th Ukrainian Missile Brigade, deployed near Dobropolie 45 km from Kramatorsk. Previously the Ukrainian Armed Forces used Tochka-U missiles of the same series — Ш915611 Ш915516 — which were launched on Berdyansk and Melitopol. The same missiles were used against Donetsk and Lugansk. On April 10, two days after the Kramatorsk massacre, the Ukrainian Army launched two cluster missiles of the same Tochka-U type: one against Donetsk and one against Novoaydar (Lugansk People’s Republic).

This article was originally published in Italian on byoblu.