Palestinians ‘Are Not Animals in a Zoo’: On Kanafani and the Need to Redefine the Role of the ‘Victim Intellectual’

(To the memory of Ghassan Kanafani, an iconic Palestinian leader and engaged intellectual who was assassinated by the Israeli Mossad on July 8, 1972) 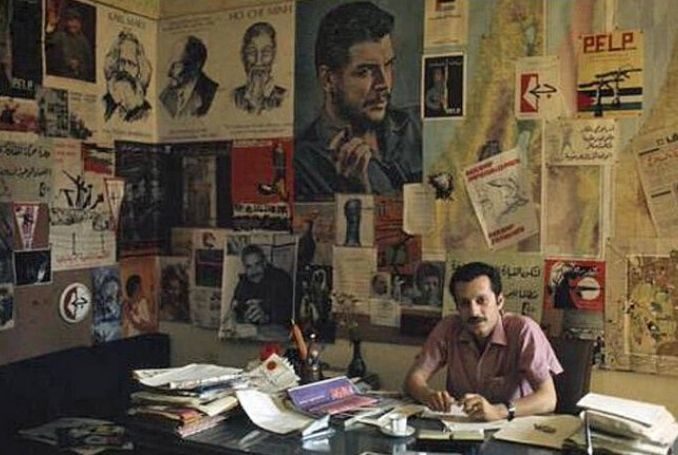 29 Jun 2022 – Years before the United States invaded Iraq in 2003, US media introduced many new characters, promoting them as ‘experts’ who helped ratchet up US propaganda, which ultimately allowed the US government to secure enough popular support for the war.

Though enthusiasm for war began dwindling in later years, the invasion of Iraq had indeed begun with a relatively strong popular mandate that allowed US President George W Bush to claim the role of the liberator of Iraq, the fighter of ‘terrorism’ and the champion of US global interests. According to a CNN/USA Today/Gallup poll conducted on March 24, 2003 – a few days after the invasion – seventy-two percent of Americans were in favor of the war.

Only now are we beginning to fully appreciate the massive edifice of lies, deceit and forgery involved in shaping the war narrative, and the sinister role played by mainstream media in demonizing Iraq and dehumanizing its people. Future historians will continue with the task of unpacking the war conspiracy for many years to come.

With that task in mind, it is also important to acknowledge the role played by Iraq’s own ‘native informants’, as late Palestinian professor Edward Said would describe them. The “native informant (is a) willing servant of imperialism”, according to the influential Palestinian intellectual.

Thanks to the various American invasions and military interventions, these ‘informants’ have grown in number and usefulness to the extent that, in various western intellectual and media circles, they define what is erroneously viewed as ‘facts’ concerning most Arab and Muslim countries. From Afghanistan, to Iran, to Syria, Palestine, Libya and, of course Iraq, among others, these ‘experts’ are constantly parroting messages that are tailored to fit US-western agendas.

These ‘experts’ are often depicted as political dissidents. They are recruited – whether officially via government-funded think tanks or otherwise – by western governments to provide a convenient depiction of the ‘realities’ in the Middle East – and elsewhere – as a rational, political or moral justification for war and various other forms of intervention.

Though this phenomenon is being widely understood – especially as its dangerous consequences became too apparent in the cases of Iraq and Afghanistan – another phenomenon rarely receives the needed attention. In the second scenario, the ‘intellectual’ is not necessarily an ‘informant’, but a victim, whose message is entirely shaped by his sense of self-pity and victimhood. In the process of communicating that collective victimhood, this intellectual does his people a disfavor by presenting them as hapless and lacking no human agency whatsoever.

Palestine is a case in point.

In the case of Palestine, this phenomenon was not accidental. Due to the limited spaces available to Palestinian thinkers to speak openly and truly about Israeli crimes and about Palestinian resistance to military occupation and apartheid, some have strategically chosen to use whatever available margins to communicate any kind of messaging that could be nominally accepted by western media and audiences.

In other words, in order for Palestinian intellectuals to be able to operate within the margins of mainstream western society, or even within the space allocated by certain pro-Palestinian groups, they can only be ‘allowed to narrate’ as ‘purveyors’ of victimhood. Nothing more.

Those familiar with the Palestinian intellectual discourse in general, especially following the first major Israeli war on Gaza in 2008-9, must have noticed how accepted Palestinian narratives regarding the war rarely deviate from decontextualized and depoliticized Palestinian victimization. While understanding the depravity of Israel and the horrendousness of its war crimes is critical, Palestinian voices who are given a stage to address these crimes are frequently denied the chance to present their narratives in the form of a strong political or geopolitical analyses, let alone denounce Israel’s Zionist ideology or proudly defend Palestinian resistance.

Much has been written about the hypocrisy of the West in handling the aftermath of the Russia-Ukraine war especially when compared to the decades-long Israeli occupation of Palestine or the genocidal Israeli wars in Gaza. But little has been said about the nature of the Ukrainian messaging if compared to those of Palestinians: the former demanding and entitled, while the latter mostly passive and bashful.

One may argue that Palestinians are tailoring their language to accommodate whichever political and media spaces that are available to them. This however hardly explains why many Palestinians, even within ‘friendly’ political and academic environments can only see their people as victims and nothing else.

This is hardly a new phenomenon. It goes back to the early years of the Israeli war on the Palestinian people. Palestinian leftist intellectual, Ghassan Kanafani, like others, was aware of this dichotomy.

Kanafani contributed to the intellectual awareness among various revolutionary societies in the Global South during a critical era for national liberation struggles everywhere. He was the posthumous recipient of the Afro-Asia Writers’ Conference’s Lotus Prize for Literature in 1975, three years after he was assassinated by Israel in Beirut, in July 1972.

Like others in his generation, Kanafani was adamant in presenting Palestinian victimization as part and parcel of a complex political reality of Israeli military occupation, western colonialism and US-led imperialism. A famous story is often told about how he met his wife, Anni, in South Lebanon. When Anni, a Danish journalist, arrived to South Lebanon in 1961, she asked Kanafani if she could visit the Palestinian refugee camps. “My people are not animals in a zoo,” Kanafani replied, adding, “You must have a good background about them before you go and visit.” The same logic can be applied to Gaza, to Sheik Jarrah and Jenin.

The Palestinian struggle cannot be reduced to a conversation about poverty or the ills of war, but must be expanded to include wider political contexts that led to the current tragedies in the first place. The role of the Palestinian intellectual cannot stop at conveying the victimization of the people of Palestine, leaving the much more consequential – and intellectually demanding – role of unpacking historical, political and geopolitical facts to others, some of whom often speak on behalf of Palestinians.

It is quite uplifting and rewarding to finally see more Palestinian voices included in the discussion about Palestine. In some cases, Palestinians are even taking a center stage in these conversations. But for the Palestinian narrative to be truly relevant, Palestinians must indeed assume the role of the Gramscian intellectual, as “purveyors of consciousnesses” and abandon the role of the ‘victim intellectual’ altogether. Indeed, the Palestinian people are not ‘animals in a zoo’ but a nation with political agency, capable of articulating, resisting and ultimately winning their freedom, as part of a much greater fight for justice and freedom throughout the world.