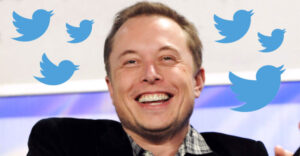 Musk, 51, is replacing Parag Agrawal, who was fired along with three other top executives, a person familiar with the matter said, asking not to be identified discussing internal deliberations. The mercurial entrepreneur, who also leads Tesla Inc. and SpaceX, may eventually cede the Twitter CEO role in the longer term, the person added. Twitter representatives declined to comment.

Musk’s acquisition puts the world’s richest man in charge of a struggling social network after six months of public and legal wrangling. Among Musk’s first moves: changing the leadership. Departures include Vijaya Gadde, the head of legal, policy and trust; Chief Financial Officer Ned Segal, who joined Twitter in 2017; and Sean Edgett, who has been general counsel at Twitter since 2012. Edgett was escorted out of the building, Bloomberg News reported.

Musk also intends to do away with permanent bans on users because he doesn’t believe in lifelong prohibitions, the person said. That means people previously booted off the platform may be allowed to return, a category that would include former president Donald Trump, the person said. It’s unclear however if Trump would be allowed back on Twitter in the near term.

In response to a Twitter user complaining they are being “shadowbanned, ghostbanned, searchbanned,” as well as having followers removed, Musk said in a tweet on Friday that he will be “digging in more today.”

The takeover caps a convoluted saga that began in January with the billionaire’s quiet accumulation of a major stake in the company, his growing exasperation with how it’s run and an eventual merger accord that he later spent months trying to unravel. Musk’s buyout marks the end of nine years of public trading. Twitter debuted with a bang on the New York Stock Exchange in 2013 but failed to match the rocket ride achieved by some other tech heavyweights.

The change in leadership will bring immediate disruption to Twitter’s operations, in part because many of Musk’s ideas for how to change the company are at odds with how it has been run for years. He’s said he wants to ensure “free speech” on the social network.

Twitter banned Trump days after the 2021 Capitol insurrection, citing the “risk of further incitement of violence.” With the former president widely expected to make another run for the White House in 2024, a return to Twitter could grant him an opportunity to turbocharge his message.

More broadly, Musk’s initiatives threaten to undo years of Twitter’s efforts to reduce bullying and abuse on the platform.

The prospect of less restrictive content moderation under Musk’s leadership has prompted concerns that dialogue on the social network will deteriorate, eroding years of efforts by the company and its “trust and safety” team to limit offensive or dangerous posts. On Thursday, Musk posted a note to advertisers seeking to reassure them he doesn’t want Twitter to become a “free-for-all hellscape.”

the bird is freed

As the Oct. 28 deadline neared, Musk began putting his stamp on the company, posting a video of himself walking into the headquarters and changing his profile descriptor on the platform he now owns to “Chief Twit.”

He arranged meetings between Tesla engineers and product leadership at Twitter, and he planned to address the staff on Friday, people familiar with the matter said. Twitter’s engineers could no longer make changes to code as of noon Thursday in San Francisco, part of an effort to ensure that nothing about the product changes ahead of the deal closing, the people said.

Twitter employees have been bracing for layoffs since the transaction was announced in April, and Musk floated the idea of cost cuts to banking partners when he was initially fundraising for the deal. Some potential investors were told Musk plans to cut 75% of Twitter’s workforce, which now numbers about 7,500, and expects to double revenue within three years, a person familiar with the matter said earlier this month.

While visiting Twitter headquarters on Wednesday, Musk told employees that he doesn’t plan to cut 75% of the staff when he takes over the company, according to people familiar with the matter.

The past six months have been challenging for Twitter employees, who have primarily followed the ups and downs of the roller-coaster deal through the news headlines.

Many have been unhappy with Musk’s involvement and some have questioned his qualifications to run a social networking company. His support of a far-right political candidate in Texas, plus sexual harassment accusations from a former SpaceX flight attendant in May, have raised additional concerns. During a video Q&A with Musk in June, some employees mocked Musk on internal Slack channels. Others have ridiculed or chided him publicly on Twitter throughout the deal process.