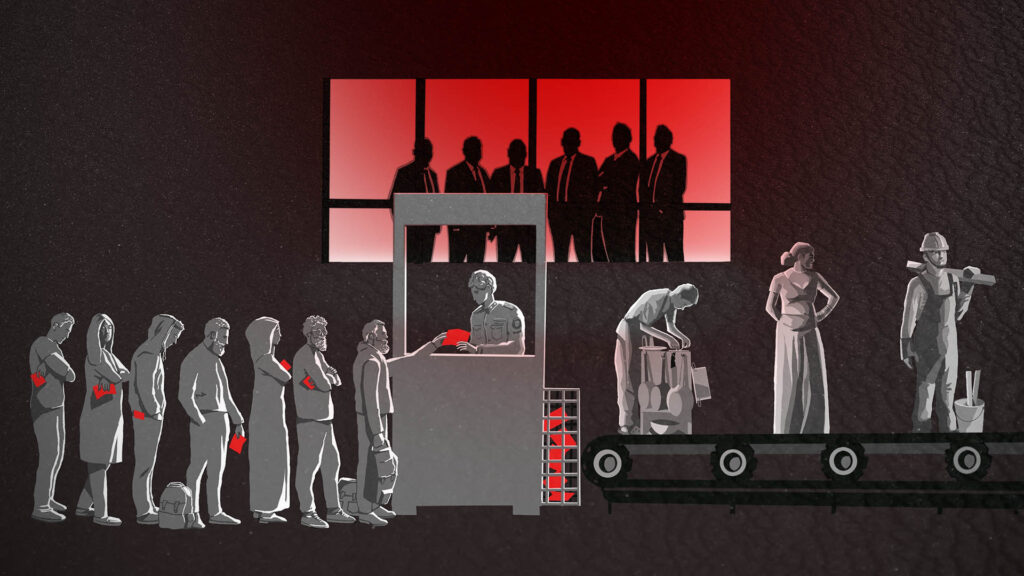 About the Trafficking Inc. Investigation

On any given day, the United Nations estimates, nearly 28 million adults and children around the world are trapped in jobs that are so oppressive that they amount to modern slavery or human trafficking.

They are forced to work long hours for little or no pay, toiling on farms and construction sites, in sweatshops and restaurants, as janitors and, in some cases, sex workers. They are exploited by recruiters and employers who use their poverty, isolation and immigration status against them, often threatening them with violence, arrest or deportation or ensnaring them in debts they struggle to repay.

A new investigation by the International Consortium of Investigative Journalists and other media partners has begun examining human trafficking in Asia, Africa, the Middle East and the United States.

The investigation, Trafficking Inc., focuses on two forms of human trafficking: labor trafficking and sex trafficking. Both involve using force, fraud or coercion to induce someone to work or provide a service.

U.S. military bases are home to hundreds of thousands of troops around the globe. But behind the scenes, thousands of low-paid employees work in kitchens and clean the barracks, including victims of labor trafficking, NBC reports.

Defense contractors hire thousands of foreigners. Many are trapped by employment practices banned by the U.S. government.

Victims of human trafficking are hiding in plain sight in the state, according to an investigation by GBH News.

International Consortium of Investigative Journalists is a global network of more than 190 investigative journalists in more than 65 countries who collaborate on in-depth investigative stories. Founded in 1997 by the respected American journalist Chuck Lewis, ICIJ was launched as a project of the Center for Public Integrity to extend the Center’s style of watchdog journalism, focusing on issues that do not stop at national frontiers: cross-border crime, corruption, and the accountability of power. Backed by the Center and its computer-assisted reporting specialists, public records experts, fact-checkers and lawyers, ICIJ reporters and editors provide real-time resources and state-of-the-art tools and techniques to journalists around the world. MORE…