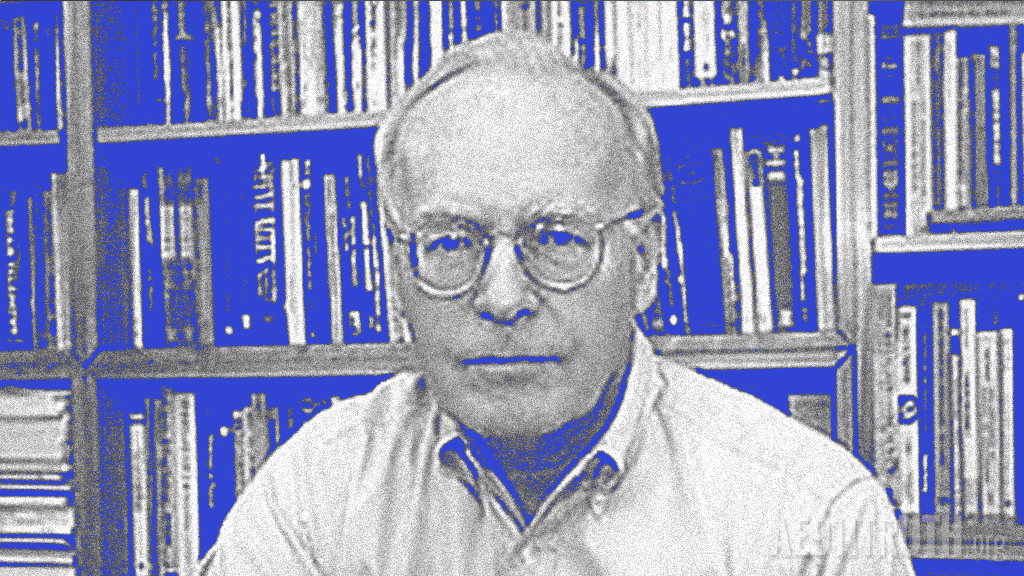 If we’re lucky, we have threescore and ten years — in a very big wide world, full of history — to experience as much as we can take in.

Threescore-ten is not nearly enough, but some extraordinary people manage to encompass and give order to a lot of it.

And some even more extraordinary people manage to rise above their own lives to interpret creation and the fabric of the universe as having consistent meaning across cultures and throughout the ages.

David Ray Griffin was Professor of Philosophy of Religion and Theology, at the Claremont School of Theology and Claremont Graduate University, from 1973-2004. With his senior, Dr. John Cobb Jr., he co-founded the Center for Process Studies in 1973.

Griffin has stated that “the task of a theologian is to look at the world from what we would imagine the divine perspective, one that would care about the good of the whole and would love all the parts.”

Not only was David an outstanding theologian and one of the two best-known living scholars of Alfred North Whitehead’s process theology (the other being John Cobb): His books also spanned the related fields of postmodernism, theodicy (defence of God against evil), primordial truth, panentheism, scientific naturalism, parapsychology, Buddhist thought, and the mind-body interaction.

About the time that he retired in 2004, he was approached by some people who admired his candor, and pointed to evidence that the 9/11 event was highly suspicious.

At first David thought that 9/11 was simply blowback from the way America had treated the Middle East — but upon researching it more deeply he realized that there was indeed a very serious likelihood that the US had contrived 9/11 as a false flag operation to manufacture consent to occupy Afghanistan and Iraq for their oil.

This injustice fired his energy to research in depth, then write a dozen scholarly books on 9/11 — books that were not acknowledged in the media but which engaged in a cat-and-mouse game with the purveyors of the official 9/11 narrative, who continually adapted their story to cover up the weaknesses that David tracked and revealed as their tattered narrative evolved.

The first and most famous of these books was The New Pearl Harbor: Disturbing Questions about the Bush Administration and 9/11, published by his much-appreciated Interlink press in March 2004.

That best-seller was followed in 2005 by a devastating takedown of the Bush Administration’s whitewash Commission titled The 9/11 Commission Report: Omissions and Distortions, which exposed 115 problems in “the 571-page lie”.

In November, 2008, David’s seventh book about 9/11, The New Pearl Harbour Revisited, was one of only 51 books awarded as “pick of the week” that year by Publishers Weekly.

What followed was extraordinary.

As the foremost book reviewing tool in the English language, Publishers Weekly’s spotlight should have led to reviews in the New York Times, the Times Literary Supplement, Library Journal, and many other top reviewing sources — but the word was out in the narrative-controlled media to give it a pass.

In 2011, David and I founded an organization called the 9/11 Consensus Panel, comprised of more than 20 professionals expert in various aspects of the 9/11 attacks. In 2018, the 51 consensus points that were developed during this unique evidence-based reviewing project were published under the title 9/11 Unmasked: An International Review Panel Investigation (2018).

During that seven-year project, David addressed the existential crisis of climate change, penning his encyclopaedic 2015 reference, Unprecedented: Can Civilization Survive the CO2 Crisis? (I took that book to the COP21 Paris climate summit in 2015, and presented it there, following up with a YouTube documentary on that enormous gathering of humanity – the largest meeting since World War II.)

David then turned his attention to US imperialism – writing Bush and Cheney: How They Ruined America and the World in 2016, and producing the incredible work of scholarship, The American Trajectory: Divine or Demonic, in 2018.

David was at last able, in 2019, to turn to his long-planned The Christian Gospel for Americans: A Systematic Theology. It is a magnum opus of enormous breadth and depth.

In it, for example, he confronts the science vs religion issue, showing that some scientists – former atheists – have been overwhelmed by the extent of exceedingly precise ratios between the chemical elements of earth that are required for life, to now saying that the universe was “fine-tuned for life,” thus reflecting a “fine-tuner” (or divine creator).

In 2022, as he approached the end of his life, and following a long struggle with prostate cancer, David wrote the beautiful and crowning reflections of his maturing theology, James and Whitehead on Life after Death.

In the spirit of James and Whitehead, he explains that the universe is not separate from, but is within God, and is itself the very nature of God. This evolving world view requires a new understanding of the divine reality – panentheism, meaning “all in God”.

The causal principles of the universe exist naturally, being inherent in the nature of things, because they exist in the very nature of God.

This chapter on the infinitely fine-tuned nature of the universe to support life is a transporting gift.

But he was not done yet!

Forthcoming in March, 2023, from the publisher Clarity Press, is David’s America on the Brink: How the US Trajectory Led Fatefully to the Russia-Ukraine War – which was completed during the last days of his life.

In total David Ray Griffin has written 50 books and more than 200 essays. (He was once asked if he had ever had an unpublished thought!)

In all of his books – and most notably those on American imperialism – he read and cited recent scholarly investigations from top university presses, effectively overriding the propaganda that has passed down through many years.

Paul Craig Roberts wrote: “David has served truth to the hilt. He is a hero of our time.”

There is no question that his body of work will go down in history as providing some of the most elegant thinking our century has witnessed.

And at some point, his chronicling of historically suppressed truths must emerge into full daylight, to allow reality-based civilization to advance.

Let us keep his work alive, so that earth’s future peoples will inherit the great spectrum of wisdom he has left them: from a hopeful common-sense theology, to the exposés of imperialist propaganda and false flag operations, to the full extent of the climate crisis, to our evolving perception of the nature of the divine, to the evidence that our spirits will survive after death.

David Griffin stands with the greats – yet was quiet, humorous, down to earth, and unassuming.

Elizabeth Woodworth, a career medical librarian and author/co-author of five books, worked with David Ray Griffin in various capacities from 2006-2022. She did proof-reading/editing on about 12 of his books and many of his essays, co-authored two books with him directly, and has also written in-depth reviews of most of his books from the 2006-2022 period on Amazon.