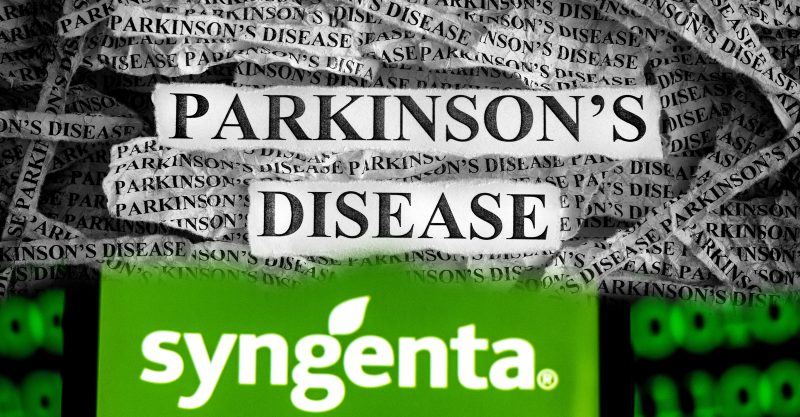 “It’s jaw-dropping information because at the same time, the companies were saying publicly the opposite — that this chemical did not get into the brain,” investigative journalist Carey Gillam told Robert F. Kennedy, Jr., chairman and chief litigation counsel for Children’s Health Defense, during an episode of “RFK Jr. The Defender Podcast.”

Gillam, author of “The Monsanto Papers: Deadly Secrets, Corporate Corruption, and One Man’s Search for Justice,” has more than 30 years of experience reporting on corporate America and food and agricultural policies

Introduced in the 1960s, paraquat is a highly toxic herbicide that was banned in the EU in 2007 but is still widely used today by U.S. farmers.

Syngenta manufactures paraquat, Chevron USA distributes it in the U.S.

Since “almost day one,” Gillam said, the companies knew the chemical crossed the blood-brain barrier and entered the brain, and that it could have chronic effects on the central nervous system.

Despite “abundant evidence,” the companies adamantly claimed publicly that the chemical did not cross the blood-brain barrier and continued to sell it.

The use of paraquat has expanded “pretty dramatically” over the last 20 years, partly because glyphosate — the active ingredient in Monsanto’s weedkiller Roundup — has become less effective, so more farmers are using paraquat again to control weeds, Gillam said.

Meanwhile, the prevalence of Parkinson’s has more than doubled from 1990 to 2015, and is expected to continue to expand rapidly, she noted.

Nearly 90,000 Americans are diagnosed with Parkinson’s every year, according to the most recent count, and the Centers for Disease Control and Prevention in 2017 ranked it among the top 15 causes of death in the U.S.

Farmers who professionally apply paraquat — more than regular consumers — are the most vulnerable to the long-term health risks, Gillam said.

Kennedy and Gillam discussed the “playbook” of obfuscation tactics used by the chemical companies in the 1970s to “mislead the public and mislead regulators” about the evidence of paraquat’s effects on the brain.

Gillam said company toxicologists who knew in 1975 about the chemical’s possible chronic effects internally discussed how a “plan” could be made to conduct a study that would counter all the information that was coming out.

Kennedy said he had seen similar tactics by other chemical companies, including Monsanto. They “hire a class of scientists — we call them biostitutes — who will gin up or ghostwrite the studies and then pay legitimate scientists to sign them to give the imprimatur of legitimacy.”

In the case of Monsanto, Kennedy added, the scientific studies that ostensibly exonerated glyphosate were “ginned up by corrupted regulators.”

“You see them put up a website that puts out information that is contradictory to what they’re saying internally to each other.

“You see them talk about, ‘We need to enlist academics around the world. We can provide some funding for them. We can collaborate with them and they can carry out our positive message that our product doesn’t cause Parkinson’s disease.’”

“It’s really yet just another example of how frail our regulatory system is and how it misses these real dangers to human health,” Gillam said, “when they rely so heavily on companies to communicate the science to them.”

Suzanne Burdick, Ph.D., is a reporter and researcher for The Defender based in Fairfield, Iowa. She holds a Ph.D. in Communication Studies from the University of Texas at Austin (2021), and a master’s degree in communication and leadership from Gonzaga University (2015). Her scholarship has been published in Health Communication. She has taught at various academic institutions in the United States and is fluent in Spanish.