New US Nuclear Weapons on European Soil: A Violation of the Non-Proliferation Treaty

Since last December, the United States has begun to replace its nuclear weapons on European soil with more modern ones. It is replacing the B61-3, B61-4 and B61-7 thermonuclear bombs with the B61-12, which has become the main US and NATO air-launched nuclear weapon. 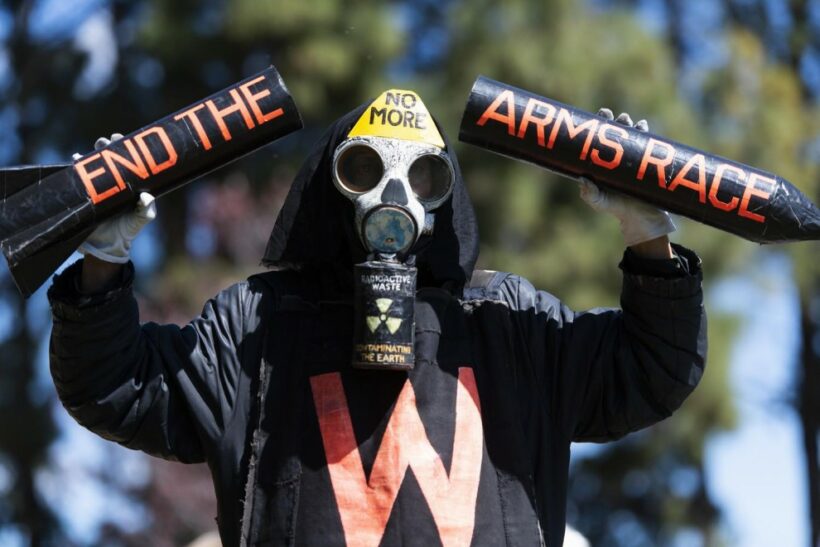 Picture of an event of the International Campaign to Abolish Nuclear Weapons. -ICAN  (Image by Martin Ollman)

21 Jan 2023 – It is a free-fall bomb equipped with state-of-the-art navigation systems and a versatile warhead that can be configured in four strengths, 0.3 kiloton (kt), 1.5 kt, 10 kt and 50 kt depending on the target, making it a low to medium-yield weapon. This type of weapon is referred to as a ‘first-strike’ weapon. Having a tactical nuclear weapon with higher precision and lower yield could make politicians less reluctant to use them in conventional operations and puts us on an increasingly dangerous front line of confrontation between NATO and Russia.

These new nuclear weapons will replace existing ones on the soil of Belgium, the Netherlands, Italy, Germany and Turkey. But Washington has announced that it will also deploy them on UK soil; this time it is not a replacement for more outdated ones, as it reported in 2008 that its nuclear weapons had been withdrawn from the RAF; now it appears that it wants to put new nuclear weapons in the empty bunkers at Lakenheath again.

53 years after the entry into force of the NPT, we see that it has not served to achieve nuclear disarmament, just two years ago, in January 2021, the Treaty on the Prohibition of Nuclear Weapons (NPT) entered into force. The NPT outlaws nuclear weapons and makes it illegal for states that sign the NPT to possess, develop, deploy, test, use or threaten to use nuclear weapons.

But the facts do not support the Spanish government’s position. In addition to the deployment of new weapons in Europe, the new NATO Strategic Concept 2022, approved in Madrid last summer, states that “NATO’s deterrence and defence posture is based on an appropriate mix of nuclear, conventional and missile defence assets (…) and that it will take all necessary steps to ensure the credibility, effectiveness, integrity and security of the nuclear deterrence mission”.

In short, it seems that the NPT is only defended when it comes to imposing nuclear weapons restrictions on countries outside the NATO orbit (the “others”), that compliance with the NPT is not applicable to either the US or NATO, while both re-emphasise deterrence and the nuclear threat. On the contrary, the safest position, the position that would best reflect citizens’ aspirations to completely destroy nuclear weapons, is for Spain to decide to join the NPT, for the Spanish government to attend meetings of NPT states parties, to show genuine support for denuclearisation. The Treaty on the Prohibition of Nuclear Weapons (TPNW) entered into force on 22 January 2021.

Tica Font is a member of Centre Delàs and WILPF Spain.