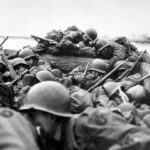 7 Oct 2021 -Two decades ago, on 7 Oct 2001, the onset of the U.S. bombing campaign against the Taliban triggered an endless nightmare for Arabs in general and the Afghan people in particular: 5,430,084 deaths and incalculable suffering.