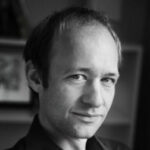 16 Dec 2020 – Surveillance firms can track the location of mobile phone users, intercept their messages and calls and access their sensitive data, thanks to vulnerabilities in how phone networks communicate with each other, our story shows. Experts told us the Channel Islands are an easy route in. We found evidence of surveillance attempts in more than 60 countries.

CIA Torture Unredacted: Revealing What Was Hidden in the US Senate Torture Report
Crofton Black – Bureau of Investigative Journalism, 15 Jul 2019

10 Jul 2019 – Masood Anwar, a prominent Pakistani journalist, received an unexpected tip: “There were men in masks. They took a hooded man onboard in the early hours. Someone videotaped the entire thing.” Anwar’s story would be the start of a thread which led to the heart of the CIA’s most secret “War on Terror” operation: the “rendition, detention, interrogation” programme, a nine-year covert effort which had scores of prisoners flown around the globe to be tortured in undisclosed sites. 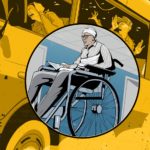 A Security Company Cashed In on America’s Wars—And Then Disappeared
Abigail Fielding-Smith, Crofton Black, and The Bureau of Investigative Journalism – The Atlantic, 4 Feb 2019

29 Jan 2019 – Death and disappearance: Inside the world of privatised war. Sabre International Security employed guards for the Canadian embassy in Kabul. When a bombing left many of them dead or wounded, the company vanished.

The Future of Fake News? ‘Refugee Crime’ in Germany
Abigail Fielding-Smith and Crofton Black – The Bureau of Investigative Journalism, 6 Mar 2017

A misleading map of ‘refugee crime’ in Germany distorts reality in a slick and sophisticated way.

The Boom and Bust of CIA’s Secret Torture Sites
Crofton Black and Sam Raphael – The Bureau of Investigative Journalism, 19 Oct 2015

In nine months of research, the Bureau of Investigative Journalism and The Rendition Project have pieced together the hidden history of the CIA’s secret sites. Although many published accounts of individual journeys through the black site network exist, this is the first comprehensive portrayal of the system’s inner dynamics from beginning to end.

Reaping the Rewards: How Private Sector Is Cashing In on Pentagon’s ‘Insatiable Demand’ for Drone War Intelligence
Abigail Fielding-Smith and Crofton Black – The Bureau of Investigative Journalism, 3 Aug 2015

Corporate staff are reviewing top-secret data and helping uniformed colleagues decide whether people under surveillance are enemies or civilians.