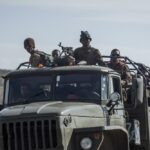 One by one, South Africa’s former president Thabo Mbeki listed African countries Tuesday [12 Oct] where the failure to deal with diversity was a root cause of conflict, from the Biafran war in Nigeria in the late 1960s to the current clashes in Ethiopia’s Tigray region. He also cited “the centrality of failure properly to manage diversity” in the conflicts in Congo, Burundi, Ivory Coast and Sudan. 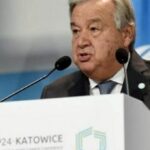 12 Sep 2021 – U.N. Secretary-General Antonio Guterres issued a dire warning that the world is moving in the wrong direction and faces “a pivotal moment” where continuing business as usual could lead to a breakdown of global order and a future of perpetual crisis. The U.N. chief said the world’s nations and people must reverse today’s dangerous trends and choose “the breakthrough scenario.” 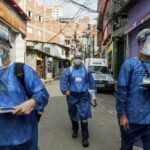 The U.N. General Assembly overwhelmingly approved a wide-ranging resolution on tackling the coronavirus pandemic on 11 Sep 2020 over objections from the United States and Israel, which protested a successful last-minute Cuban amendment. The world body adopted the resolution by a vote of 169-2. 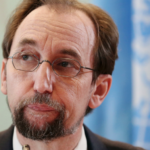 3 Aug 2018 – The U.N. human rights chief defended his outspoken criticism of abuses in dozens of countries from Myanmar and Hungary to the United States, insisting that his office doesn’t “bring shame on governments, they shame themselves.”

The U.N. General Assembly unanimously adopted a resolution to protect the right to privacy against unlawful surveillance on Wednesday [18 Dec 2018] in the most vocal global criticism of U.S. eavesdropping. Germany and Brazil introduced the resolution.

The resolution, approved Monday [3 Dec 2012] by a vote of 174-6 with 6 abstentions, calls on Israel to join the Nuclear Nonproliferation Treaty “without further delay” and open its nuclear facilities to inspection by the International Atomic Energy Agency. Those voting “no” were Israel, the U.S., Canada, Marshall Islands, Micronesia and Palau.