How the World’s Energy Problem Has Been Hidden
Gail Tverberg | Our Finite World - TRANSCEND Media Service, 10 May 2021

4 May 2021 – We live in a world where words are very carefully chosen. Companies hire public relations to give just the right “spin” to what they say. Politicians suggest that everything is going well. Newspapers would like their advertisers to be happy. I believe that what has happened in recent years is that the “truth” has become very dark. 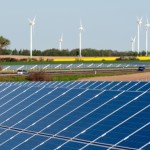 10 Jul 2019 – Economists tell us that within the economy there is a lot of substitutability, and they are correct. However, there are a couple of not-so-minor details that they overlook: There is no substitute for energy. It is possible to harness energy from another source, or to make a particular object run more efficiently, but the laws of physics prevent us from substituting something else for energy.

The Growing Part of the World in Charts
Gail Tverberg – Our Finite World, 9 Jul 2012

I thought it would be interesting to see how the countries in the “Growing Part of the World” have behaved over the long term with respect to a number of variables (energy, GDP, and population). I compare these countries to two other groups of countries which did not fare as well during the 2008-2009 recession: 1) European Union-27, United States and Japan; and 2) Former Soviet Union (FSU).