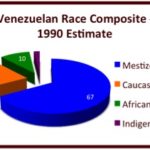 8 Feb 2019 – This is the story of Venezuela in black and white, the story not told in our establishment media. This year’s so-called popular uprising is, at its heart, a furious backlash of the whiter (and wealthier) Venezuelans against their replacement by the larger Mestizo (mixed-race) poor. Four centuries of white supremacy in Venezuela by those who identify their ancestors as European came to an end with the 1998 election of Hugo Chavez who won with the overwhelming support of the Mestizo majority.

When a little birdie dropped the End Game memo through my window, its content was so explosive, so sick and plain evil, I just couldn’t believe it. The Memo confirmed every conspiracy freak’s fantasy: that in the late 1990s, the top US Treasury officials secretly conspired with a small cabal of banker big-shots to rip apart financial regulation across the planet.

I’ve seen a lot of sick stuff in my career, but this was sick on a new level. Here was the handwritten log kept by a senior engineer at the nuclear power plant [in 1986]: “Wiesel was very upset. He seemed very nervous. Very agitated. . . . In fact, the plant was riddled with problems that, no way on earth, could stand an earth- quake. The team of engineers sent in to inspect found that most of these components could ‘completely and utterly fail’ during an earthquake.” And here in Japan was the quake and here is the utter failure.

Britain is being urged to help close down a legal loophole that lets financiers known as “vulture funds” use courts in Jersey to claim hundreds of millions of pounds from the world’s poorest countries. The call came from international poverty campaigners as one of the vulture funds was poised to be awarded a $100m (£62m) debt payout against the Democratic Republic of the Congo after taking action in the Jersey courts.

Greece is a crime scene. The people are victims of a fraud, a scam, a hustle and a flim-flam. And––cover the children’s ears when I say this––a bank named Goldman Sachs is holding the smoking gun. In 2002, Goldman Sachs secretly bought up €2.3 billion in Greek government debt, converted it all into yen and dollars, then immediately sold it back to Greece.

STOP FEEDING THE VULTURES
Greg Palast - In These Times, 5 Apr 2010

I get the idea that Eric Hermann doesn’t want to talk to me. When I came to his office suite, his hedge fund’s name plaque had been unbolted from the building’s wall, the suite number removed and all the employees locked in. I’m not surprised. Hermann is a vulture, not the carrion-eating type, but the […]

Some vultures have feathers, but some have fancy offices and huge homes. BBC investigative reporter Greg Palast follows the trail of one "vulture fund" chief, from a locked office door in New York to mud-brick houses in Africa. 7:26-Min. VideoCLICK TO VIEW – GREGPALAST.COM

No oil company would dream of digging on the Bush family properties in Midland, Texas, without paying a royalty. Or drilling near Malibu without the latest in environmental protections. But when Natives are on top of Exxon’s or BP’s glory hole, suddenly, the great defenders of private property rights turn quite Bolshevik: lands can be […]

Republicans are right. President Barack Obama treated them like dirt, didn’t give a damn what they thought about his stimulus package, loaded it with a bunch of programs that will last for years and will never leave the budget, is giving away money disguised as "tax refunds," and is sneaking in huge changes in policy, […]