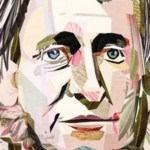 Henry David Thoreau (12 July 1817 – 6 May 1862) was an American author, poet, philosopher, abolitionist, naturalist, tax resister, development critic, surveyor, historian, and leading transcendentalist. He is best known for his book Walden, a reflection upon simple living in natural surroundings, and his essay Resistance to Civil Government (also known as Civil Disobedience), an argument for disobedience to an unjust state. 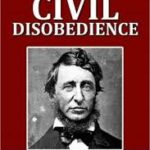 Thoreau has no objection to government taxes for highways and schools, which make good neighbors. But government, he charges, is too often based on expediency, which can permit injustice in the name of public convenience. The individual, he insists, is never obliged to surrender conscience to the majority or to the State. If a law “is of such a nature that it requires you to be the agent of injustice to another,” he declares, “then, I say, break the law.” The essay makes it clear that this stance is not a matter of whim but a demanding moral principle. 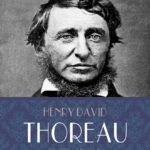 Thoreau offers a program for a righteous livelihood focusing on his penetrating questions about HOW TO LIVE ETHICALLY AND RESPONSIBLY as part of nature and part of society–questions that transcend regional and national boundaries leading us to confront the way we live our lives. Published 1863.

[Parts 1 & 2 in preceding weeks] It is for no particular item in the tax-bill that I refuse to pay it. I simply wish to refuse allegiance to the State, to withdraw and stand aloof from it effectually. I do not care to trace the course of my dollar, if I could, till it buys a man or a musket to shoot one with — the dollar is innocent — but I am concerned to trace the effects of my allegiance.

[Part 2 last week – Part 3 next week] The slight reproach to which the virtue of patriotism is commonly liable, the noble are most likely to incur. Those who, while they disapprove of the character and measures of a government, yield to it their allegiance and support are undoubtedly its most conscientious supporters, and so frequently the most serious obstacles to reform.