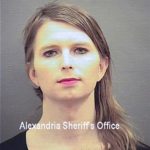 21 Sep 2019 – The courageous whistleblower Chelsea Manning has now been held in a federal detention center for more than six months. Manning has not been charged with or committed any crime. She was sent to jail for refusing to testify before a secret grand jury that has indicted persecuted Julian Assange, who published the information she leaked exposing rampant US imperialist criminality.

From March 16 to 18, a second biennial summit between Australia and the Association of South East Asian Nations took place in Sydney. ASEAN is made up of Indonesia, Malaysia, Singapore, Brunei, Philippines, Thailand, Vietnam, Cambodia, Laos and Myanmar (Burma). Each head of government attended the Sydney summit, apart from the volatile, right-wing president of the Philippines, Rodrigo Duterte.

2 Dec 2016 – Samantha Power’s rhetoric in the Security Council was even more grotesque given the character of the US-directed assault underway on the Iraqi city of Mosul. Bombing this week destroyed a major water pipeline cutting off water to some 650,000 people. Electricity is already largely cut. The city’s health system is dysfunctional. The university has been reduced to rubble. On Wednesday [30 Nov], coalition aircraft bombed and “disabled” four major bridges over the Tigris River that link the western and eastern sectors of Mosul.

American military personnel are continuing to take their own lives in unprecedented numbers, as the wars in Afghanistan and Iraq wars drag on. By late November, at least 334 members of the armed forces had committed suicide in 2009, more than the 319 who were killed in Afghanistan or the 150 who died in Iraq. […]