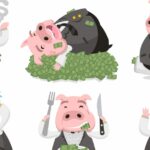 This Pandemic Brings Out the Worst in Our CEOs
Jim Hightower | Other Words - TRANSCEND Media Service, 24 Aug 2020

12 Aug 2020 – Last year, CEOs signed a pledge to be better corporate citizens. Then the pandemic hit. As horrible as the COVID-19 crisis is, it has brought out the best in the American people. But it has also amplified the “me-first” greed of corporate chieftains. 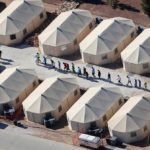 19 Jul 2018 – We Americans believe everyone has a right to have their day in court. Right? Kids as young as 1-year-old are being forced to stand trial alone in Trump’s immigration courts, often without even attorneys.

Corporate PR Flacks Are Trying to Convince You the Trans-Pacific Partnership Will Benefit Workers
Jim Hightower – In These Times, 22 Feb 2016

The basic problem facing the corporate and political powers that want you and me to swallow their Trans-Pacific Partnership deal is that they can’t make chicken salad out of chicken manure. But that reality hasn’t stopped their PR campaign, pitching their “salad” as good and good for you!

The Military-Industrial Complex Blasts Its Way into the Civilian Market
Jim Hightower – Nation of Change, 10 Nov 2014

This push into combat gear and the militant mentality that accompanies it is now on the hips and the minds of hundreds of thousands of police officers. How do we protect ourselves from such militarization?

As Lily Tomlin has noted, “No matter how cynical you get, it’s almost impossible to keep up.” But try this one: An Iowa group announces that the “World Food Prize” will go to Monsanto for pushing its patented, pricey, genetically-tampered Frankenseeds on impoverished lands as an “answer” to global hunger. This would be so morally perverse that the “cyn” in cynical would be spelled S.I.N. Yet, it’s actually happening.

The freedom-busting terrorists in this fight are not those who reveal the abuse, but the soulless factory-farm profiteers in the corporate suites and the cynical lawmakers who serve them. Actually, factory farms are not farms at all. They are corporate-run concentration camps for pigs, cows, chickens, turkeys and other food animals.

So much of Monsanto’s poison was spread in the past decade that weeds naturally developed a resistance to it. Rather than find ways to cooperate with the natural world, America’s agribusiness giants reach for the next quick fix in a futile effort to overpower nature. Their attitude is that if brute force isn’t working, they’re probably not using enough of it.

We’re being told by today’s High Priests of Conventional Wisdom that everyone and everything in our economic cosmos necessarily revolves around one dazzling star: the corporation. This heavenly institution, the HPCW explain, has such financial and political mass that it is the optimal force for organizing and directing our society’s economic affairs, including the terms of employment and production. While other forces are in play (workers, consumers, the environment, communities and so forth), they are subordinate to the superior gravitational pull of the corporate order.

Pedophilia isn’t a social habit that one adopts. It’s a sickness. Deal with it. Honestly.

"Goldman, a global financial conglomerate and America’s largest banking fiefdom, is notorious in our country for its arrogant, anything-goes corporate ethic that is astonishingly avaricious, even by Wall Street’s dissolute standards. The firm is villainous enough that it could be its own reality TV show, perhaps titled, ‘Bankers Behaving Badly.’"Another Greek-based cargo ship and its […]