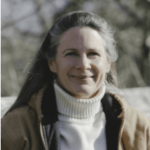 Assange and Beyond: Pray and Weep
Karen Kwiatkowski | LRC – TRANSCEND Media Service, 13 May 2019

7 May 2019 – “[Julian Assange] is presently under close observation in prison hospital because he has suffered ‘severe transient psychotic episodes.’ My source(s) indicate these episodes occurred after two sessions of coercive interrogation at the hands of UK and US officials. The source(s) stated the HUMINT interrogators used psychotropic drugs in the course of the sessions.” The agenda is to destroy Assange as a human being, and they may well succeed. In doing this evil deed, in all of our names, America herself – whether we put her first, last, or somewhere in the middle – will have dug her own grave.

SOPA: A Power Play in Congress – And How to Stop It
Karen Kwiatkowski - LewRockwell, 16 Jan 2012

After the nauseating passage of the National Defense Authorization Bill last month, with its Constitution-shattering military detention provisions for any American who falls out of the President’s favor, or who has crossed his minions, what might not be passed into law? The Senate’s Protect IP Act, PIPA, and its House companion Stop Online Piracy Act, SOPA, is now seeping through the congressional sewage system. This legislative pollution is purported to reduce global data piracy and illegal copying of digital content by regulating American ISPs and the Internet.

Fed Chairman Bernanke has remained hopeful, appearing increasingly to be a wide-eyed idiot of a man, serving his role as government banker and chief printing officer with a dedication to false assumptions reminiscent of the Titanic’s Captain Edward Smith.

Americans are beginning to ask questions, and the answers they are getting from the U.S. Government, the Israel lobby and Israel’s political leadership amount to “…move along, nothing to see here, folks.” When pressed for details, Americans are getting congressional obsfucation, bumper sticker-style labels, and a bit of self-righteous anger.

Can We Live Free in an Unfree World
Karen Kwiatkowski – Lew Rockwell, 4 Apr 2011

“The enforcement of the state does not come from the state. It comes horizontally, from the mass of the people who have been cultured to believe the storyline of vertical state control.” He calls this “the genius of the state.” He calls these enforcers slaves, enforcing their own slavery.

Whether the crisis was caused by Mother Nature or the state, the Japanese, the Kiwis, and the North Africans and Arabs in a whole host of countries are making Americans – at least the US military and Washington, DC – look bad. By bad, I mean to say bad-tempered, greedy, grabby, heartless, soulless and gutless.

For those interested in how governments fall, events in Cairo are inspiring and informative. The staid, stolid and corporate/government-owned Western media were unprepared for reporting there and remain incapable of interpreting the popular uprising in Egypt.

But what is fascism? It is a real ideology, not just an epithet. It is characterized by belligerent nationalism, militarism, aggressive war, suppression of civil liberties, use of religion in the service of the state, exaltation of the executive, opposition to free markets domestically and internationally, corporatism, welfarism, domestic spying, torture, and detestation of the Other, in this case Muslims and Arabs.

The state indeed is at fault, but at least the US government assaults on Brad Manning, and on Julian Assange, are battles for nothing less than its own survival. If we do not believe in the state, we cannot be ruled by it. This is the fundamental lesson of the rise and fall of empires, from Rome to the Soviet Union.

Government goons, soldiers and bureaucrats in foreign countries will not face a greater threat to their lives, most especially from these cables. What they will face is snickers, chuckles, and outright laughter. And truly, this is as it should be. When one declares that his robes are the most beautiful, made of the finest silk, so glorious that they compete with the sun – sometimes a little blond-haired boy with a most serious look about him declares that it seems to him that the Emperor has no clothes! And we see, slowly at first, then an unstoppable surge of laughter and finger-pointing by the common people who, for all their ignorance and all their flaws, know enough to put on clothes before going out in public.