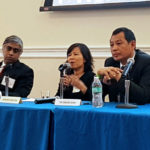 28 Feb 2019 – Report from the International Conference on Protection and Accountability in Burma, which called attention to the ongoing human rights violations against Rohingya Muslims and other religious minorities in the Buddhist-majority country of Myanmar. 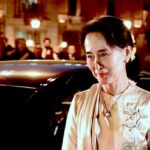 6 Dec 2018 – Last week, a prominent Buddhist teacher defended Aung San Suu Kyi, the Buddhist Nobel Peace Prize laureate, against criticism that she is party to genocide. Why that defense doesn’t hold up. Suu Kyi lived in Bhutan where her late husband was working as the English tutor for the Bhutanese royal family. This lama moves in that ruling class circle.

Khin Mai Aung once worried her children would pick up dogmatic views from her husband’s Catholic faith. Now, she struggles to explain to them the terrible violence in Myanmar, her country of birth — incited by members of her own faith, Buddhism. 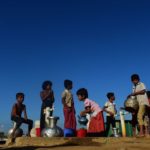 20 Nov 2017 – The Rohingya humanitarian crisis has shone a bright and unflattering light on the deep and ugly antipathy within Burma/Myanmar to the Rohingya people. The prevailing perception of the Rohingya as foreign and fundamentally not “Burmese” is misplaced.