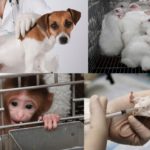 23 Dec 2018 – Direct Action Everywhere engages in a practice called “open rescue.” Open rescue involves entering, without authorization, the facilities of animal-based industries, such as farms, slaughterhouses, and puppy mills, documenting the conditions within them, and removing as many animals as possible, usually from among the sick and injured. The activists don’t wear masks and make no effort to conceal their identities; they post the videos on social media for the world to see. By practically inviting prosecution, the activists aim to make a point: that the laws that regard these animals as mere property are wrong and that violating those laws is a moral imperative.