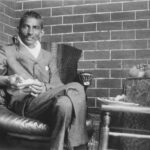 1 Oct 2019 – Born 150 years ago this week [2 Oct], Mohandas K. Gandhi was a polarizing figure during his life and remains a lightning rod for controversy to this day. Gandhi’s perceptions about human sensibilities, social power and political truths began their transformation not in India, but South Africa.

Anyone who has researched, taught, written or published on the subject of nonviolent struggle appreciates the headaches of vocabulary. Gandhi himself suffered the pains and perplexities of language…

In commemorating Dr. King’s birthday, it is worth remembering that everyone can learn nonviolent action as he did. King may not have invented the nonviolent strategies that he advanced, but he was an apt student, and his understanding of them would in the decades to come encourage other movements on the world stage. He became one of history’s most influential agents for propagating knowledge of the potential for constructive social change without resorting to violence.

The awarding of a 2011 joint Nobel Peace Prize to a Liberian woman, Leymah Gbowee, embodies the links between gender, war, peace, and nonviolent struggle.