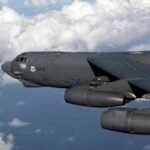 11 Oct 2020 – Talking Tough and Carrying a Radioactive Stick – We are finding ourselves in an ever more dangerous and insecure world, with the risk of Armageddon lurking just around the corner. 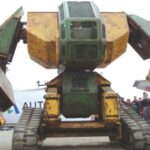 25 Aug 2020 – With Covid-19 incapacitating startling numbers of U.S. service members, the American military is relying more on intelligent robots. Now the Pentagon is seeking to replace not just soldiers and their weapons, but admirals and generals with robotic systems. 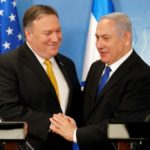 How to Seize the Arctic’s Resources, Now Accessible Due to Climate Change (Just Don’t Mention Those Words!) Perhaps no aspect of humanity’s response to the climate crisis is more diabolical than this. The greater the number of fossil fuels we consume, the more rapidly we alter the Arctic, inviting the further extraction of just such fuels and their contribution to global warming.

Debacle at Doha: The Collapse of the Old Oil Order
Michael T. Klare - TomDispatch, 2 May 2016

For a country that more than any other has rested its claim to wealth and power on the production and sale of petroleum, this is a revolutionary statement. If Saudi Arabia says it is ready to begin a move away from reliance on petroleum, we are indeed entering a new world in which, among other things, the titans of oil production will no longer hold sway over our lives as they have in the past.

American Preeminence Is Disappearing Fifteen Years EarlyMemo to the CIA: You may not be prepared for time-travel, but welcome to 2025 anyway! Your rooms may be a little small, your ability to demand better accommodations may have gone out the window, and the amenities may not be to your taste, but get used to it. […]

To fully grasp the recent upheavals in the Caucasus, it is necessary toview the conflict as but a minor skirmish in a far more significantgeopolitical struggle between Moscow and Washington over the energyriches of the Caspian Sea basin – with former Russian president (nowprime minister) Vladimir Putin emerging as the reigning grand master ofgeostrategic chess […]