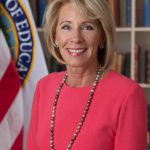 This first article on Dr. Prewitt restricts itself from childhood up to meeting his remarkable wife when he was just 18. In just a few years, he was to begin mandatory work for the US Government on the Manhattan Project, which contributed to the outrageous human, environmental, and political catastrophe of Hiroshima and Nagasaki in Japan on August 9, 1945. Charlie’s outspoken Earth ethical responses to this horrific use of human intelligence and endeavor have continued to this day.

Looking with Gandhi at Advancing Common Sense: The Necessity of Devotion, and the Role of Death
P.K. Willey, Ph.D. – TRANSCEND Media Service, 17 Aug 2015

“Individual liberty is allowed to man only to a certain extent. He cannot forget that he is a social being and his liberty has to be curtailed at every step.” – Gandhi (Common Sense, the Social Aspect of Conscience)

Evolution to Peace through the Penance of Speech: Gandhi in Speech and Silence
P.K. Willey, Ph.D. – TRANSCEND Media Service, 15 Jun 2015

I now see that a misinformed view of his thought and action has led you to misrepresent Gandhi unfairly to the public around the planet. Churchill said, “A lie gets halfway around the world before the truth has a chance to get its pants on.” Thoughts are another type of food, and our food, both mental and physical, determines our health, as individuals and as a society.