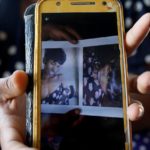 12 Jul 2019 – When 35-year-old Ah Hla showed up to a police station in western Myanmar in late April hoping to see her husband among the prisoners, she didn’t know whether he was alive or dead. “I went there with the hope that I am going to see my husband, but he was not there,” said Ah Hla, who had walked to the police station with a group of relatives of the detained men. When she arrived, police told her that her husband of 15 years had hanged himself in his cell, and that his body had already been disposed of.