2 Apr 2019 – Finding Strength in Numbers: Heroes & Heroines Are Major Obstacles to Successful Movement Building – Our largest problems won’t be solved by heroes. They’ll be solved, if they are, by movements, coalitions, civil society. 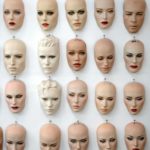 A Broken Idea of Sex Is Flourishing – Blame Capitalism
Rebecca Solnit – The Guardian, 14 May 2018

12 May 2018 – In this world, women are marketed as toys and trophies. Are we surprised when some men take things literally? Since the Toronto bloodbath, a lot of pundits have belatedly awoken to the existence of the “incel” (short for involuntary celibate) online subculture and much has been said about it. Too often, it has been treated as some alien, unfamiliar worldview.

An Open Letter to Edward Snowden – Pity the country that requires a hero, Bertolt Brecht once remarked, but pity the heroes too. They are the other homeless, who don’t fit in, who see the hardest work and do it, and pay the price we charge those who do what we can’t or won’t. Modern heroes – Nelson Mandela, Cesar Chavez, Rachel Carson, Ella Baker, Martin Luther King, Aung San Suu Kyi – endeavored to save us from ourselves, from our own governments and systems of power.

Imagine that it’s 1913 and the post office, the phone company, the public library, printing houses, the U.S. Geological Survey mapping operations, movie houses, and all atlases are largely controlled by a secretive corporation unaccountable to the public. Jump a century and see that in the online world that’s more or less where we are. A New York venture capitalist wrote that Google is trying to take over “the entire fucking Internet” and asked the question of the day: “Who will stop Google?”

Our Words Are Our Weapons against the Destruction of the World by Greed
Rebecca Solnit - TomDispatch, 12 Nov 2012

We should call it how it is and no longer hide behind the doublespeak that permeates throughout America.

Just look around you! This moment is so extraordinary that it has hardly registered. People in thousands of communities across the United States and elsewhere are living in public, experimenting with direct democracy, calling things by their true names, and obliging the media and politicians to do the same. The breadth of this movement is one thing, its depth another. It has rejected not just the particulars of our economic system, but the whole set of moral and emotional assumptions on which it’s based.

Thoughts on the Importance of Nonviolence in the Occupy Revolution – Violence is what the police use. It’s what the state uses. If we want a revolution, it’s because we want a better world, because we think we have a bigger imagination, a more beautiful vision. So we’re not violent; we’re not like them in crucial ways.

Letter to a Dead Man about the Occupation of Hope
Rebecca Solnit - TomDispatch, 24 Oct 2011

Dear young man who died on the fourth day of this turbulent 2011, dear Mohammed Bouazizi, I wish you could see the way that your small life and large death became a catalyst for the fall of so many dictators in what is known as the Arab Spring. We are now in some sort of an American Fall. Civil society here has suddenly hit the ground running, and we are all headed toward a future no one imagined when you, a young Tunisian vegetable seller capable of giving so much, who instead had so much taken from you, burned yourself to death to protest your impoverished and humiliated state.

Worlds Collide in a Luxury Suite
Rebecca Solnit – TomDispatch, 23 May 2011

How can I tell a story we already know too well? Her name was Africa. His was France. He colonized her, exploited her, silenced her, and even decades after it was supposed to have ended, still acted with a high hand in resolving her affairs in places like Côte d’Ivoire. Her name was Africa. His name was IMF. He set her up to be pillaged, to go without health care, to starve. He laid waste to her to enrich his friends. Her name was Global South. His name was Washington Consensus. But his winning streak was running out and her star was rising.

WHEN THE MEDIA IS THE DISASTER: COVERING HAITI
Rebecca Solnit - TomDispatch, 21 Jan 2010

Soon after almost every disaster the crimes begin:  ruthless, selfish, indifferent to human suffering, and generating far more suffering. The perpetrators go unpunished and live to commit further crimes against humanity. They care less for human life than for property. They act without regard for consequences.I’m talking, of course, about those members of the mass […]

Remembering People Power in Seattle in 1999 and Berlin in 1989Next month, at the climate change summit in Copenhagen, the wealthy nations that produce most of the excess carbon in our atmosphere will almost certainly fail to embrace measures adequate to ward off the devastation of our planet by heat and chaotic weather.  Their leaders […]

Can a Hedge-Fund Island Lose Its Shirt and Gain Its Soul? In December, reports surfaced that Treasury Secretary Henry Paulson pushed his Wall Street bailout package by suggesting that, without it, civil unrest in the United States might grow so dangerous that martial law would have to be declared. Dominique Strauss-Kahn, Managing Director of the […]