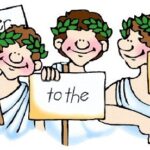 8 Sep 2019 – Human brains aren’t built for self-rule, says Shawn Rosenberg. That’s more evident than ever. People have been saying for two millennia that democracy is unworkable, going back to Plato. The Founding Fathers were sufficiently worried that they left only one half of one branch of the federal government in the hands of the people.