18 Aug 2020 – In June 2020, a rumoured plot by Islamist army officers was blocked. Now the army has acted as Mali’s army always does. In the past 140 years, Mali has had just 17 years of civilian rule. Get ready for a new military junta, or maybe an Islamic Republic of Mali under military and Arab Salafist rules. 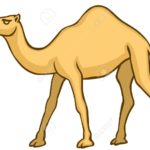 A father left 17 camels as inheritance for his three sons. When he passed away, his sons read the will.

A New York attorney representing a wealthy art collector called and asked to speak to his client, “Saul, I have some good news and, I have some bad news.”

Bloke comes down to breakfast and says to his wife, “Honey, what would you do if I won the lottery?”

Obama runs the world’s most aggressive nation, and he has to face down (almost on a daily basis) the impossible arrogance of the Pentagon, the CIA and the Nations Security apparatus that has been shown time and again to operate an Orwellian system of spying and manipulation on its enemies, its allies and its citizens.