7 Jun 2022 was a bad day for Luis Almagro, secretary-general of the Organization of American States at the Summit of the Americas. A young man declared to him what he is: an assassin and puppet of the White House, instigator of the coup in Bolivia. 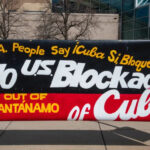 3 Feb 2022 – It’s easy to say, but it’s been six very hard decades that began with disconcerting lightness and the belief that the United States government’s blockade of Cuba would not last long—a couple of years, maybe. 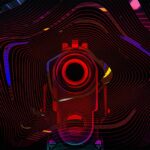 5 Mar 2021 – They called it “sonic attacks,” “health incidents,” and “Havana syndrome.” In September 2017, the United States government decided to withdraw all nonessential personnel and their families from their country’s embassy in Cuba. This decision was based on alleged inexplicable noises whose causes were unclear.