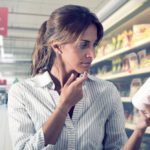 Corporations Are Funding Health and Nutrition Research – Here’s Why You Should Be Worried
Sarah Steele and Lejla Sarcevic – The Conversation, 13 May 2019

8 May 2019 – Some multinational food corporations may have learned a few tricks from big tobacco. In 2015, the New York Times revealed that Coca-Cola sponsored researchers whose studies played down the link between diet and obesity. Likewise, the Associated Press revealed how a food industry trade association funded and influenced studies which concluded that children who eat sweets have healthier body weights than those who do not.