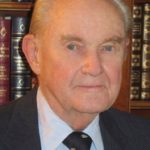 What Lies Behind the Race toward War with Iran?
William R. Polk – TRANSCEND Media Service, 20 May 2019

12 May 2019 – Assuming control of the energy sources of the Gulf, “decisions on the Gross National Product of China will be made in Washington.” This is the key to understanding what is otherwise the current and seemingly meaningless conflict with Iran: Iran is the missing pillar in an American policy of imperium in imperio toward China. One way or another – threat, surrender, regime change or war – Trump believes that Iran must be brought into line.

Many Americans simply view North Korea and its leaders as “crazy,” but the history behind today’s crisis reveals of a more complex reality that could change those simplistic impressions, as historian William R. Polk explains.

William R. Polk offers an updated report on the grim prospects in Syria. Like his previous offerings, it is long and detailed—but as with the others, it offers both a coherent perspective and a myriad of facts and insights you will not find elsewhere.