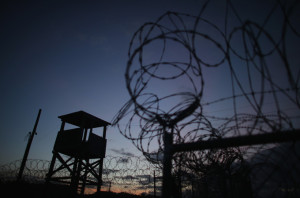 For me one of the most horrifying revelations about the torture carried out by the Central Intelligence Agency (CIA) at its black sites, and the military at its prisons, was that medical doctors not only stood by to monitor the process but were also involved in providing advice to make the torture both mentally and physically more effective. Let’s face it, you can always find a thug who is willing to torture someone, particularly if he is sold a bill of goods that he is doing his patriotic duty and paid handsomely while being assured that he will never be punished. But a physician is supposed to answer to a higher calling. There is something called the Hippocratic Oath, a guideline for ethical behavior by doctors, which includes the mandate “first do no harm.”

The system, described subsequently as having “anemic ethical standards,” worked as follows: a doctor or team of doctors would stand by while someone was being tortured to attempt to prevent the suspect’s actual death, not as a resource to mitigate suffering but rather in recognition of the fact that the prisoner is a source of intelligence that has to preserved until he surrenders all the information that he possesses. The physicians were also there to observe the process for effectiveness. Afterwards, the doctor would write up a report to explore how the experience might be enhanced in terms of the ultimate objective, which was to obtain a complete confession. Both medical doctors and psychologists were part of the process as both pain and fear were to be exploited to obtain the desired results. CIA psychologists also participated in the “Penny Lane” conditioning program at Guantanamo that sought to turn prisoners into double agents.

Did they know they were doing wrong? Absolutely. The Department of Defense even described its attending physicians as “safety workers” in reports because it did not want to reveal that they were actual medical doctors. And if this all sounds like something that might have been contrived by Dr. Josef Mengele and his colleagues at Auschwitz, it should. Even though opponents of torture have demonstrated that prisoners who are subjected to it will say anything to stop the pain, and even though in practical terms permitting the practice invites enemies to do the same when they capture Americans, the belief persists that torture somehow works. Recent CIA efforts to demonstrate that torture produced information vital to the eventual killing of Osama bin Laden have proven to be somewhat fanciful, as an exhaustive 6,300 page investigative report by the Senate Intelligence Committee has demonstrated that that the procedure never produced anything that could not have been obtained by other means.

Characteristically, no one in the government has ever been punished for carrying out torture. Neither the CIA employees who actually engaged in “enhanced interrogation” after 9/11 nor the officials who condoned or ordered the procedure have ever been prosecuted, while the government attorneys who wrote memos justifying the practice are now law professors and federal judges. Similarly, the Agency senior officers who against legal advice destroyed the videotapes that provided clear evidence of torture have never been held accountable. Ironically, the only one who has ever been imprisoned in connection with the CIA program is John Kiriakou, who blew the whistle after he left the Agency. The Justice Department carried out an exhaustive investigation of Kiriakou before convicting him of violating the Espionage Act of 1917. He is currently serving a 30-month term in a Federal prison in Pennsylvania.

In one of its first official acts in January 2009, the Obama administration declared that it had stopped torture, which might or might not be true as there has been no accountability and precious little transparency since that time to enable one to examine the claim. As the president also promised to close Guantanamo Bay prison, White House pledges to take certain actions might well be viewed as less than rock solid.

As a result of the reported abuses in prisons at Abu Ghraib and Bagram, the military now has strict rules defining and limiting torture detailed in its current interrogation field manual 2 22.3, and the CIA appears to be bound by the same architecture based on the White House declaration, though whether that is true in practice is difficult to determine as the Agency continues to assert that the rendition/torture regime was effective. The Agency and White House both claim that CIA no longer has any prisoners under its control.

But even if torture as a U.S. government prerogative in its global war on terror appears to be on the wane, it appears that some physicians are still drawing their wagons in a circle to protect themselves from any possible repercussions deriving from their cooperation with the practice. On February 21st, some American Psychological Association (APA) members sought unsuccessfully to attempt to formally ban psychologist-assisted interrogations by the military or intelligence agencies. The issue has been discussed at APA biannual conventions over the past ten years but has regularly failed to gain the two-thirds support necessary for it to become an agenda item. This time around, however, 53 percent of delegates voted “yes,” the first time that a majority has been obtained.

If the ban had passed, it would have meant the immediate withdrawal of government psychologists from Guantanamo Bay prison. The APA has in the past refused to censure a notorious Guantanamo U.S. Army psychologist John Leso, who led a Behavioral Science Consulting Team (sic) that drafted a policy memo incorporating “illegal” techniques once used by North Korean and Chinese interrogators to break American prisoners. Leso has also been accused of being a party to the torture of al-Qaeda suspect Mohammed al-Qahtani. The former top military psychologist at Guantanamo as well as at Abu Ghraib prison, Larry James, attended the convention and is a member in good standing of the APA.

The American Medical Association (AMA) explicitly condemned torture in 1999, stating that “Physicians must oppose and must not participate in torture for any reason. Participation in torture includes, but is not limited to, providing or withholding any services, substances, or knowledge to facilitate the practice of torture. Physicians must not be present when torture is used or threatened. Physicians may treat prisoners or detainees if doing so is in their best interest, but physicians should not treat individuals to verify their health so that torture can begin or continue.”

This prohibition was violated by the doctors working for the CIA’s Office of Medical Services who participated in the “enhanced interrogation” program, but no one has ever been expelled by the AMA or lost his license to practice as a result, suggesting that the guideline is actually toothless. More recently both the AMA and the American Psychiatric Association have again addressed the issue publicly and restated their intentions to ban members who participate in torture, but the APA continues to hold out, reportedly because members have developed fatigue over the debate and now believe that it will result in bad publicity for their profession no matter what they do.

The APA is not unique in its unwillingness to confront the evil practices that have been unleashed by both Republican and Democratic administrations over the past thirteen years. If it is indeed true that 60 percent of Americans who describe themselves as “evangelicals” approve of torturing terrorist suspects to obtain information it might be reasonable to suggest that there is a large body of opinion in the United States that accepts that the gloves are off in the post-9/11 world without any regard for possible consequences. But consequences there are, with the world looking on in dismay at a still-open Guantanamo Bay prison where many detainees continue to be held even though they are completely innocent, unable to return home only because no country wants to take them. If they were not terrorists when they were rounded up and sent off to Guantanamo they are almost certainly terrorists now, a process that benefited from the services of some of America’s medical professionals.