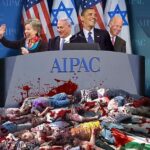 The Zionists on the Defensive
Philip Giraldi | The Unz Review – TRANSCEND Media Service, 31 May 2021

25 May 2021 – Israel’s Friends Overwhelm Capitol Hill – Yes folks, there is an international conspiracy and it is all about “protecting” Israel. It operates through front and lobbying groups that uniquely promote the interests of a foreign country, Israel, even when those interests do serious damage to the host country where the lobbyists actually live.

13 Feb 2020 – The United States assassinated a senior Iranian official named Qassem Soleimani. The justification by Secretary of State Mike Pompeo was that Soleimani was in Iraq planning an “imminent” mass killing of Americans, for which evidence was never provided. It soon emerged that the Iranian was in fact in Baghdad to discuss with the Iraqi Prime Minister a plan to de-escalate the conflict between Saudi Arabia and Iran, a meeting that the White House knew about. 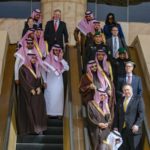 27 Jun 2019 – Americans, Saudis and Israelis have become monsters in the eyes of the rest of the world even if in their own minds they are endowed with special privilege due to their being “Exceptional,” “Chosen by God” or “Guardians of Mecca and Medina.” All three countries share a dishonest sense of entitlement that supports the fiction that their oppressive and illegal behavior is somehow perfectly legitimate. 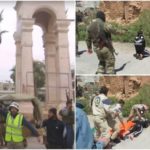 23 Oct 2018 – There are two notable groups that should be universally condemned as terrorists but are not for political reasons. They are the Mujaheddin e Khalq (MEK), Iranian dissidents that are based in Paris and Washington, and the so-called White Helmets who have been active in Syria. 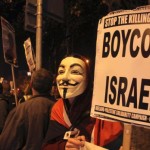 Boycotting Israel Is the Right Thing to Do
Philip Giraldi – The Unz Review, 19 Feb 2018 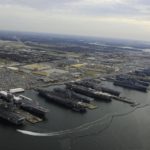 26 Jan 2018 – Today the Pentagon released an unclassified summary of the 2018 National Defense Strategy report. Reading the summary is illuminating, to say the least, and somewhat disturbing, as it focuses very little on actual defense of the realm and relates much more to offensive military action that might be employed to further certain debatable national interests. Occasionally, it is actually delusional, as when it refers to consolidating “gains we have made in Afghanistan, Iraq, Syria and elsewhere.”

21 Jun 2016 – It is ironic that fifty-one U.S. State Department employees, perhaps overly-generously dignified in the media with the title of “diplomats,” have come out in favor of removing a foreign head of state by force. Now consider for a moment who might have been involved in writing this memo. The authors are described by the newspapers that obtained copies of the memo as “mid-level.”

For me one of the most horrifying revelations about the torture carried out by the CIA at its black sites, and the military at its prisons, was that medical doctors not only stood by to monitor the process but were also involved in providing advice to make the torture both mentally and physically more effective.

Religious zealotry runs rampant in the U.S. military, and among those wishing to deploy it. The connection between America’s wars with the more fundamentalist forms of Christianity in the US is striking. Opinion polls suggest that the more religiously conservative one is, the more one will support overseas wars or even war crimes.

I’m sure that many have noted how successful Israel and its friends are at shifting the narrative. Palestinian statehood was made a non-issue by ignoring it in the media and concentrating instead on the largely fictitious threat being posed by Iran. The purpose of the chaff being thrown around by Israel is to preclude any serious discussion of what is going on in the West Bank, where settlements continue to expand inexorably.

Those who are aware of the insidious activities of the National Endowment for Democracy or NED, an ostensibly private foundation that spreads “democracy,” and is largely funded by the government, will not be surprised to learn that it is already active in North Africa. NED, which has a Democratic Party half in its National Democratic Institute, and a Republican Party half in its International Republican Institute, was the driving force behind the series of pastel revolutions that created turmoil in Eastern Europe after the fall of communism.

The catastrophic Iraq experience might have proven valuable if it had led to a rejection of the hegemonic policies embraced by a delusional Washington foreign policy establishment. Unfortunately, no end to reliance on war as the essential tool of American statecraft is in sight. Soldiers being removed from Iraq are going to Kabul. The Afghan […]

President Barack Obama is to be commended for his planned closure of Guantanamo and covert CIA prisons as well as his instructions that no United States agency will exceed the U.S. military’s guidelines on interrogation, but he does not go far enough. Transparency and accountability are necessary to clear the air over the issue of […]