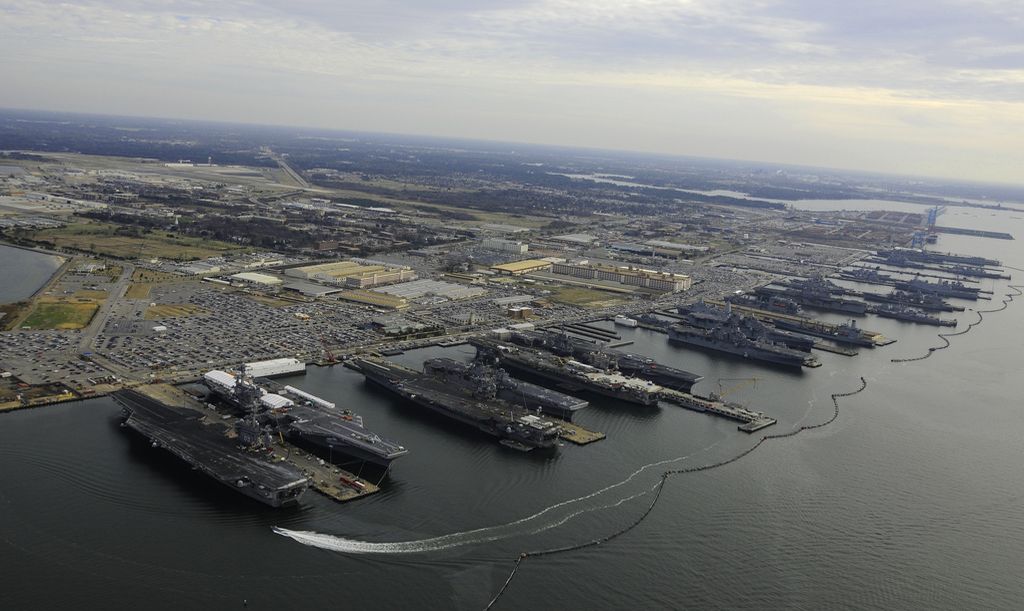 Featured image is from the author.

Reading the summary is illuminating, to say the least, and somewhat disturbing, as it focuses very little on actual defense of the realm and relates much more to offensive military action that might be employed to further certain debatable national interests. Occasionally, it is actually delusional, as when it refers to consolidating “gains we have made in Afghanistan, Iraq, Syria and elsewhere.”

At times Mattis’ supplementary “remarks” were more bombastic than reassuring, as when he warned

“…those who would threaten America’s experiment in democracy: if you challenge us, it will be your longest and worst day.”

He did not exactly go into what the military response to hacking a politician’s emails might be and one can only speculate, which is precisely the problem.

One of the most bizarre aspects of the report is its breathtaking assumption that “competitors” should be subjected to a potential military response if it is determined that they are in conflict with the strategic goals of the U.S. government. It is far removed from the old-fashioned Constitutional concept that one has armed forces to defend the country against an actual threat involving an attack by hostile forces and instead embraces preventive war, which is clearly an excuse for serial interventions overseas.

Some of the remarks by Mattis relate to China and Russia.  He said that

“We face growing threats from revisionist powers as different as China and Russia, nations that seek to create a world consistent with their authoritarian models – pursuing veto authority over other nations’ economic, diplomatic and security decisions.”

There is, however, no evidence that either country is exporting “authoritarian models,” nor are they vetoing anything that they do not perceive as direct and immediate threats frequently orchestrated by Washington, which is intervening in local quarrels thousands of miles away from the U.S. borders. And when it comes to exporting models, who does it more persistently than Washington?

The report goes on to state that Russia and China and rogue regimes like Iran have “…increased efforts short of armed conflict by expanding coercion to new fronts, violating principle of sovereignty, exploiting ambiguity, and deliberately blurring the lines between civil and military goals.” As confusing civil and military is what the United States itself has been doing in Libya, Iraq and, currently, Syria, the allegation might be considered ironic.

The scariest assertion in the summary is the following:

“Nuclear forces – Modernization of the nuclear force includes developing options to counter competitors’ coercive strategies, predicated on the threatened use of nuclear or strategic non-nuclear attacks.”

That means that the White House and Pentagon are reserving the option to use nuclear weapons even when there is no imminent or existential threat as long as there is a “strategic” reason for doing so. Strategic would be defined by the president and Mattis, while the War Powers Act allows Donald Trump to legally initiate a nuclear attack.

What might that mean in practice? Back in 2005, Vice President Dick Cheney had requested “a contingency plan to be employed in response to another 9/11-type terrorist attack on the United States… [including] a large-scale air assault on Iran employing both conventional and tactical nuclear weapons … not conditional on Iran actually being involved in the act of terrorism directed against the United States.”

Possible employment of “weapons of mass destruction” responded to intelligence suggesting that conventional weapons would be unable to penetrate the underground hardened sites where Iran’s presumed nuclear weapons facilities were reportedly located. But as it turned out, Iran had no nuclear weapons program and attacking it would have been totally gratuitous. Some other neocon inspired plans to attack Iran also included a nuclear option if Iran actually had the temerity to resist American force majeure.

Pentagon planners clearly anticipate another year of playing at defense by keeping the offense on the field. An impetuous and poorly informed president is a danger to all of us, particularly as he is surrounded by general-advisers who see a military solution to every problem. Hopefully wiser counsel will prevail.

Philip Giraldi, Ph.D., is Executive Director of the Council for the National Interest.