Leak the CIA Report: It’s the Only Way to Know the Whole Truth about Torture

Unless, of course, you think spies redacting 6,300 pages of their own sins is transparency. Look how much leaks told us this week. 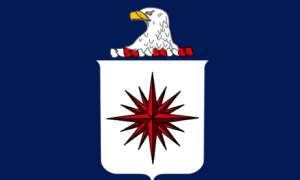 ‘The CIA will carry out the review expeditiously,’ says John Brennan, who multiple Senators have accused of dragging his feet and misleading the intelligence committee about the report.

In a seemingly rare win for transparency, headlines blared on Thursday that the Senate Intelligence Committee had voted to declassify key findings of its massive report on CIA torture. Unfortunately, most news articles waited until the final two paragraphs to mention the real news: the public won’t see any of the document for months at minimum, and more than 90% of the investigation – characterized as “the Pentagon Papers of the CIA torture program” – will remain secret indefinitely.

In reality, only the executive summary and its conclusions – 480 out of some 6,300 pages – were even included in the vote, and they’re nowhere close to being published: it now heads to the White House for “declassification review”, an arduous process that will involve multiple government agencies taking a black marker to the documents, including the CIA, the same agency accused in the report of systematically torturing prisoners and lying about it for years. The spy report’s subjects and suspects will now become its censors.

It’s possible the only way the public will ever get to see the entire landmark report is the same way we’ve learned everything we know about it: if someone leaks it.

Leaks have been critical to the public knowledge of Bush-era torture since the first hints of Abu Ghraib, and as longtime torture investigator Katherine Hawkins noted, “The Senate report would likely never have existed … if it were not for previous investigations by journalists and non-governmental organizations.”

As with many of Edward Snowden’s NSA revelations, those who study the issues have known many of the horrid details for years, but often times only when the general public sees government misdeeds – in the government’s own words – do we get anywhere close to real accountability.

Despite its inherent secrecy, the contours of the CIA report’s findings have slowly become public, thanks to a steady flow of leaks already coming from various government officials in the past seven days.

The Associated Press disclosed on Sunday that the report concludes torture “provided no key evidence in the hunt for Osama bin Laden”, despite statements to the contrary from former government officials like Dick Cheney.

The Washington Post published some more details on Monday, including that the CIA used FBI intelligence gained through humane interrogation – then laundered it through the torture program to justify torturing even more – and that officials continued to order torture on prisoners after they had no more information to give.

The next day, McClatchy reported that the investigation includes the horrid details of at least five suspects to die in CIA custody, including “the death of Gul Rahman, an Afghan who was shackled, doused with cold water and left in a cold cell partially clothed until he died of hypothermia”, and “Manadal al Jamadi, who reportedly died after he was hung in a crucifixion-like pose and his head had been covered with a plastic bag.”

Sadly, it’s possible we may not have gotten to this week’s big vote at all if it wasn’t for a bureaucratic war of leaks that made its way from the halls of Langley all the way to the theater of the Senate floor. A month ago, McClatchy first revealed that the Senate Intelligence Committee suspected the CIA of spying on the computers it used to conduct its investigation. The CIA countered with leaks of its own, claiming that Senate staffers somehow breached a computer firewall to steal documents they shouldn’t have. All that led Sen Dianne Feinstein – normally the intelligence community’s most ardent defender – to give a blistering speech that excoriated the CIA for spying on its overseers then lying about it afterward.

The US government insists leaking is a crime, even insinuating it’s a form of treason. But CIA brass have always egregiously capitalized on leaks to the media more than anyone, while hypocritically clamping down on anyone who leaked information that didn’t fit its narrative.

Minutes after the intel committee’s vote became final on Thursday afternoon, McClatchy posted a more detailed account of the report’s 20 findings, including that the CIA repeatedly leaked classified information over the years to the media to manipulate the public’s view on torture. This seems to echo what Nancy Pelosi said last month: “You don’t fight [the CIA] without a price, because they come after you, and they don’t always tell the truth about it.”

Nothing sums up their deplorable attitude better than another episode flying under the radar this week: former CIA director Leon Panetta indisputably leaked classified information to the Zero Dark Thirty filmmakers, however, only the people who may have leaked the information that Panetta leaked information are under investigation – and now the intelligence agency’s internal whistleblower advocate may lose his security clearances.

As Marcy Wheeler has noted, torture advocates are allowed a free hand to go on book tours, exposing the greatness of torture, while torture critics like former FBI agent Ali Soufan are usually muzzled, or worse. Of course, no government official has ever been prosecuted for torture, but former CIA officer John Kiriakou is in jail for speaking to the press about it.

Still, the larger question remains: will the White House live up to its word and tell us the truth about torture?

President Obama has stated he wants the findings declassified in an expedient manner, but he quickly defended the CIA when it was accused of spying on the Senate, and as McClatchy reported, “the White House has been more involved than publicly acknowledged … For five years, the White House has been withholding more than 9,000 top-secret documents sought by the committee for its investigation, even though Obama hasn’t exercised a claim of executive privilege.”

“The CIA will carry out the review expeditiously,” said CIA director John Brennan, a man allegedly complicit in the torture regime as a Bush administration official, who multiple Senate Intelligence Committee members have accused of dragging his feet and misleading the Committee about the report.

Those with access to the report have several options to make it public, even if the CIA redacts the documents. The Senate can still release the full summary afterward, as the Justice Department admitted in court documents. A Senator can use the Constitution’s Speech and Debate clause to read the full, classified report into the record, as Sen Mike Gravel did with the Pentagon Papers in 1971. And journalist Jason Leopold has filed a Freedom of Information Act suit against the Justice Department for the copy of the report in their possession, which could further compel its release if the government complies.

But all of those scenarios are farfetched. Parts of the report are now in the hands of Senate staffers, White House officials, State Department employees, CIA spooks and soon maybe more. It would not come without great personal risk, but the American people may only be served well if someone with a conscience is brave enough to leak the full report and hold the CIA accountable for its crimes once and for all.