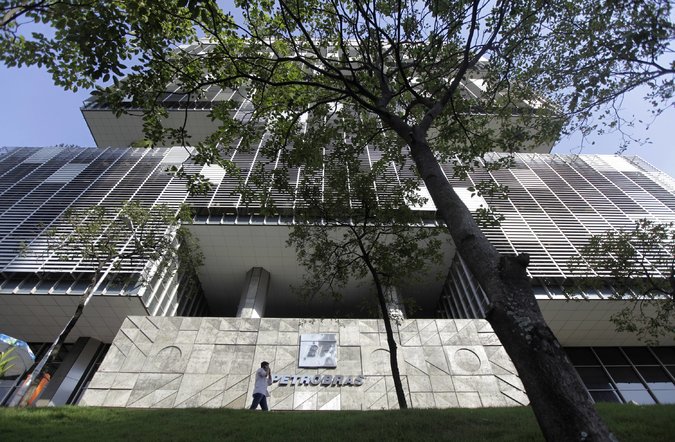 The National Security Agency has never said what it was seeking when it invaded the computers of Petrobras, Brazil’s huge national oil company, but angry Brazilians have guesses: the company’s troves of data on Brazil’s offshore oil reserves, or perhaps its plans for allocating licenses for exploration to foreign companies.

Nor has the N.S.A. said what it intended when it got deep into the computer systems of China Telecom, one of the largest providers of mobile phone and Internet services in Chinese cities. But documents released by Edward J. Snowden, the former agency contractor now in exile in Russia, leave little doubt that the main goal was to learn about Chinese military units, whose members cannot resist texting on commercial networks.

The agency’s interest in Huawei, the giant Chinese maker of Internet switching equipment, and Pacnet, the Hong Kong-based operator of undersea fiber optic cables, is more obvious: Once inside those companies’ proprietary technology, the N.S.A. would have access to millions of daily conversations and emails that never touch American shores.

Then there is Joaquín Almunia, the antitrust commissioner of the European Commission. He runs no company, but has punished many, including Microsoft and Intel, and just reached a tentative accord with Google that will greatly change how it operates in Europe.

In each of these cases, American officials insist, when speaking off the record, that the United States was never acting on behalf of specific American companies. But the government does not deny it routinely spies to advance American economic advantage, which is part of its broad definition of how it protects American national security. In short, the officials say, while the N.S.A. cannot spy on Airbus and give the results to Boeing, it is free to spy on European or Asian trade negotiators and use the results to help American trade officials — and, by extension, the American industries and workers they are trying to bolster.

Now, every one of the examples of N.S.A. spying on corporations around the world is becoming Exhibit A in China’s argument that by indicting five members of the People’s Liberation Army, the Obama administration is giving new meaning to capitalistic hypocrisy. In the Chinese view, the United States has designed its own system of rules about what constitutes “legal” spying and what is illegal.

That definition, the Chinese contend, is intended to benefit an American economy built around the sanctity of intellectual property belonging to private firms. And, in their mind, it is also designed to give the N.S.A. the broadest possible rights to intercept phone calls or email messages of state-owned companies from China to Saudi Arabia, or even private firms that are involved in activities the United States considers vital to its national security, with no regard to local laws. The N.S.A. says it observes American law around the globe, but admits that local laws are no obstacle to its operations.

“China demands that the U.S. give it a clear explanation of its cybertheft, bugging and monitoring activities, and immediately stop such activity,” the Chinese Defense Ministry said in a statement released on Tuesday. It was part of a broad Chinese effort to equate what China’s Unit 61398 does — the cyberwar operation named in the indictment of five unit members that was announced Monday — with what the N.S.A. does.

Petrobras is a case in point. In the American view, Brazilian energy policy is made inside the state-run company, which is indistinguishable from the government. Thus, under the same rationale that the United States intercepted the phone calls of the country’s president, Dilma Rousseff, it had the authority, as a collector of foreign intelligence, to delve inside the company. Ms. Rousseff, denouncing the N.S.A. at the United Nations last September, said that the agency’s activities amounted to “a breach of international law and an affront” to Brazil’s sovereignty.

In fact, state-run oil companies are a fascination to the N.S.A. just as American high-tech firms are a Chinese obsession. State oil companies in Saudi Arabia, Africa, Iran and Mexico have often been intelligence targets for the United States. American officials say that digging inside corporations for insights into economic policy is different from actually stealing corporate secrets.

“What we do not do, as we have said many times,” James R. Clapper Jr., the director of national intelligence, said after some of the initial N.S.A. revelations last year, “is use our foreign intelligence capabilities to steal the trade secrets of foreign companies on behalf of — or give intelligence we collect to — U.S. companies to enhance their international competitiveness or increase their bottom line.”

One reason for that policy, officials say, is that unlike the Chinese they would not know which companies to help: Apple but not Dell? Google but not Yahoo?

But in the case of Mr. Almunia, the stream of data intercepted by the N.S.A. was most likely highly company-specific. Mr. Almunia was dealing with antitrust issues involving Apple, Motorola Mobility, Intel and Microsoft.

American officials sometimes dig into corporations because they are suspected to be witting or unwitting suppliers of technology to the North Koreans or the Iranians. Siemens, the German telecommunications firm, was the chief supplier of the factory controllers that ran the centrifuges in Iran’s main nuclear enrichment plant at Natanz. The Stuxnet computer worm, designed by the United States and Israel, was designed to attack Siemens equipment — and it has never been clear whether the company knew that its machines were under American and Israeli attack. But in that case, American officials could argue that national security, not corporate competitiveness, was the goal.

In contrast, when Unit 61398 went after Westinghouse and Alcoa, it was to steal trade secrets and strategies to enter the Chinese market.

But other elements of the indictment, some outside experts say, could give the Chinese the opportunity to turn the rationale of the Justice Department against its own government. Some of the supposed Chinese online espionage against the United Steelworkers union and a solar energy firm, SolarWorld, appeared intended to gain intelligence about trade complaints.

Jack Goldsmith, a Harvard law professor who served in the Justice Department under the George W. Bush administration, wrote on the Lawfare blog on Tuesday that that “sounds a lot like the kind of cybersnooping on firms that the United States does.”

A version of this article appears in print on May 21, 2014, on page A1 of the New York edition with the headline: Fine Line Seen in U.S. Spying on Companies.