The Paul Kagame Doctrine after 20 Years

After 20 years, the silent terror of Paul Kagame’s regime continues. Domestically there is a lack of democracy. In terms of foreign policy there is pillage and plunder of neighbouring DRC, killing of Rwandan dissidents and preying on the guilt of the international community to deflect any criticism 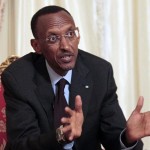 African leaders have just concluded a mini summit in Luanda, Angola, to discuss the conflict in DRC and the diplomatic showdown between South Africa and Rwanda. It is reported, as usual, that a “Luanda Declaration” was signed, and President Zuma and President Kagame “agreed” to talk to “resolve” the impasse between their two countries.

Is this new ground for hope, or it is the usual diplomatic hype, postponing the problem to a later date? This writer firmly believes it is the latter.

A good foreign policy champions, defends and protects a country’s ( read people’s) national interests. It seeks friends and builds alliances. It aims to contain enemies, and prevent war. When war becomes inevitable, a country should be able to win it by having good and reliable friends on its side.

A poor and landlocked country like Rwanda should not easily pick quarrels with neighbours who share history, culture, and through whose territory its exports and imports flow. When such a poor country is dependent on aid, a country’s leadership should have professional humility to accept” begging with a purpose”, to overcome the people’s poverty and begging in the long term.

A QUEST FOR ENEMIES CONTINUE

Since coming to power in 1994, Kagame’s RPF regime has killed as a matter of policy within and outside Rwanda. The regime’s criminal record is long enough to cause outrage and response: the shooting down of President Habyarimana’s plane which triggered genocide; the murder of Rwandan bishops and priests (1994); the Robert Gersony Report ( 1994); the Kibeho massacres (1995); the UN Mapping Report of 2010 that documented war crimes, crimes against humanity, and even possible acts of genocide against Hutu; and, assassinations of opponents in Rwanda and abroad…just to mention a few.

Paul Kagame’s foreign policy is predominantly and consistently belligerent. In 1994 it assassinated the President of Burundi, Cyprien Ntaryamira. In 2001, it assassinated the President of the Democratic Republic of Congo, Laurent Kabila, having invaded that country twice and still maintaining it’s presence through proxies like M23. Close to 6 million Congolese people have perished due to Kagame’s policies and actions in DRC.

Paul Kagame’s troops fought Ugandan troops in the DRC in 2000. He has picked fights with Tanzania and now South Africa. He has fought Zimbabwe, Angola and Namibia. He has castigated international human rights organizations, and western governments when they have criticised his domestic and foreign policies.

First, it is anti-Hutu, anti-Tutsi and anti-Twa. In short, it is an anti-people, anti-democratic, sectarian domestic policy. Its human rights record is outrageous. It kills, jails, intimidates, makes people disappear, or exiles them.

Second, it is a militaristic regime that has a facade of a civilian government whose formal institutions have been usurped by a narrow clique of a “minority within a minority”, i.e Tutsi military officers within a minority ethnic group.

Third, it is founded on grand deception and intimidation. The regime has falsified Rwanda’s history to suit its agenda, and consistently hides its role in contributing to the tragedies of modern day Rwanda and the Great Lakes region ( genocide, war crimes and crimes against humanity in Rwanda and DRC).

Fifth, it is belligerent and aggressive within the Great Lakes region. Since 1994, the regime has fought or made enemies with the Democratic Republic of Congo, Zimbabwe, Namibia, Angola, South Africa, Uganda and now, sadly but predictably, Tanzania.

Sixth, it is an anti-African foreign policy. The Kagame doctrine is founded on cheap and opportunistic arrogance that has no respect for the genuine interests of the African people. He now abuses the West because his long time allies now find him an inconvenient and embarassing burden. He has adapted a pan-africanist language, when has worked, openly and secretly, against Africa’s interests.

Seventh, it is an immoral foreign policy, founded on the premise that opponents, whether heads of state or ordinary citizens, must die or be jailed.

The Kagame doctrine is not simply wrong. It is anti-Rwandan, militaristic. deceptive, predatory, belligerent, anti-African and immoral. In short, it is dangerous for Rwanda, the Great Lakes region, Africa and the international community.

The Kagame Doctrine is a a malignant cancer that spreads day by day. Appeasement and palliative treatment may give us a deceptive and temporary relief. What is needed is aggressive surgery to contain, stop and remove President Paul Kagame and his clique from power.

In the medium to long term, Rwandan will prosper and be at peace at home and with neighbours only when 1) freedom and democracy reign, 2) security institutions are rescued from the hands of a Tutsi clique, and 3) justice for all Rwandans prevails at last. This will inevitably be painful, but ultimately save Rwanda and her neighbours from the impending civil war, and in the worst case scenario, another genocide.
__________________________

Dr. Theogene Rudasingwa was President Paul Kagame’s Chief of Staff, Rwanda’s Ambassador to the United States, and Secretary General of Rwanda’s ruling party, RPF. He is currently the Coordinator of the Rwanda National Congress (RNC) and the author of Healing A Nation: A Testimony.