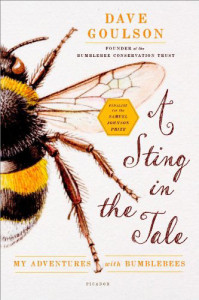 The great E.O. Wilson is credited with having once said, “If all mankind were to disappear, the world would regenerate back to the rich state of equilibrium that existed ten thousand years ago. If insects were to vanish, the environment would collapse into chaos.” But while the one million or so named species of insects make up about 70% of all known species on Earth, one type of insect is more vital to our planet’s survival — as well as our own — than any other: the humble, mighty bee. In A Sting in the Tale: My Adventures with Bumblebees (public library), British biologist, lifelong wildlife enthusiast and Bumblebee Conservation Trust founder Dave Goulson explores how bees gave our cosmic home not only its beauty but also its bounty of nourishment, and what responsibility we have — as Jane Goodall once eloquently urged — in repaying that existential gesture.

Inviting us into his evolutionary time machine, Goulson takes us back to the Cretaceous period, between 145.5 and 65.5 million years ago, when Earth was covered in lush forests of giant greenery. The dinosaurs had just taken to the air as newly evolved feathers produced the first birds. Our own ancestors at the time were small and unseemly rat-like creatures lurking under the ferns and feeding on insects and fallen fruit. Goulson writes:

If we could travel to this ancient land, we might be too concerned with the dangers posed by the larger wildlife to notice that there were no flowers; no orchids, buttercups or daisies, no cherry blossoms, no foxgloves in the wooded glades. And no matter how hard we listened, we would not hear the distinctive drone of bees. But all that was about to change.

So why did it change? It turns out that sex does indeed rule the world — two hundred million years after the first ejaculation in Earth’s recorded history, bees stepped in to perform a vital function in our planet’s blossoming into maturity:

Sex has always been difficult for plants, because they cannot move. If one cannot move, then finding a suitable partner and exchanging sex cells with them poses something of an obstacle. The plant equivalent of sperm is pollen, and the challenge facing a plant is how to get its pollen to the female reproductive parts of another plant; not easy if one is rooted to the ground. The early solution, and one still used by some plants to this day, is to use the wind. One hundred and thirty-five million years ago almost all plants scattered their pollen on the wind and hoped against hope that a tiny proportion of it would, by chance, land on a female flower. This is, as you might imagine, a very inefficient and wasteful system, with perhaps 99.99 per cent of the pollen going to waste – falling on the ground or blowing out to sea. As a result they had to produce an awful lot.

Nature abhors waste, and it was only a matter of time before the blind stumbling of evolution arrived at a better solution in the form of insects. Pollen is very nutritious. Some winged insects now began to feed upon it and before long some became specialists in eating pollen. Flying from plant to plant in search of their food, these insects accidentally carried pollen grains upon their bodies, trapped amongst hairs or in the joints between their segments. When the occasional pollen grain fell off the insect on to the female parts of a flower, that flower was pollinated, and so insects became the first pollinators, sex facilitators for plants. A mutualistic relationship had begun which was to change the appearance of the earth. Although much of the pollen was consumed by the insects, this was still a vast improvement for the plants compared to scattering their pollen to the wind.

But this system presented our proto-bees with a serious wayfinding problem: Because flowers were as drably brownish-green as the surrounding vegetation, spotting them was no small task. In order to attract insects, they had to get better at standing out over the competition and “advertising” their delicious pollen. Goulson writes:

So began the longest marketing campaign in history, with the early water lilies and magnolias the first plants to evolve petals, conspicuously white against the forests of green. The first pollinators may have been beetles, which many water lilies still rely on to this day. With this new reliable means of pollination, insect-pollinated plants became enormously successful and diversified. Different plants now began vying with one another for insect attention, evolving bright colors, patterns and elaborate shapes, and the land became clothed in flowers. In this battle to attract pollinators, some flowers evolved an additional weapon — they began producing sugar-rich nectar as an extra reward. As these plants proliferated, so the opportunities for insects to specialize grew, and butterflies and some flies evolved long, tubular mouthparts with which to suck up nectar. The most specialized and successful group to emerge were the bees, the masters of gathering nectar and pollen to this day.

And so, around 130 million years ago, the first true bees appeared. The oldest preserved bee, a stingless specimen immortalized in amber, is 80 million years old. Bumblebees, a particularly beloved hero of children’s books and pop-culture iconography, appeared sometime between 30 and 40 million years ago in the mountains of Central Asia, to this day the area of greatest bumblebee diversity, during a period when Earth’s temperature dropped and the cooler climate caused bees to grow larger and furrier to stay warm. Today, some 25,000 species of bees are known to exist and while many are yet to be discovered, some are already waning. Our beloved bumblebees account for just 1% of the known bee species, or a total of 250 bumblebee species, and three of them — Bombus rubriventris, Bombus melanopoda and Bombus franklini — have gone extinct globally. 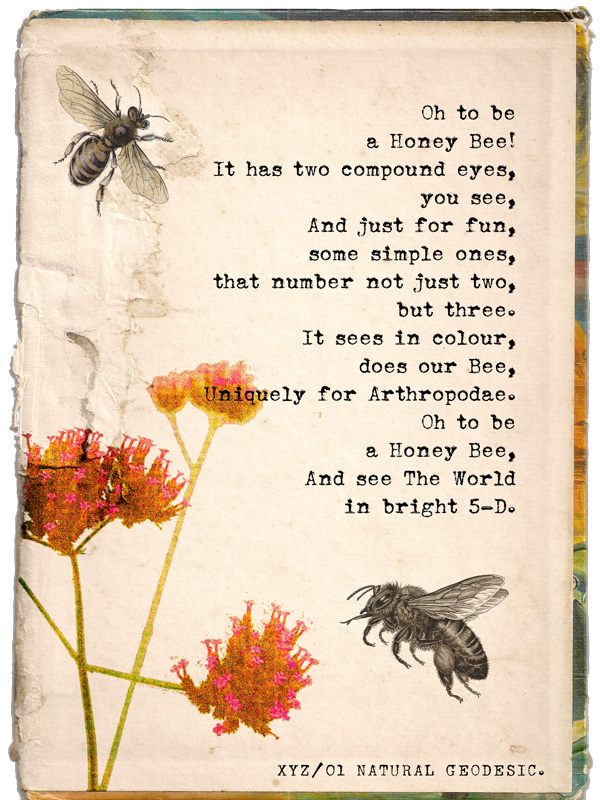 Indeed, central to Goulson’s message is a bittersweet lament that bees are incredibly vulnerable to the general extinction epidemic of our era, as species are going extinct at anywhere between 100 and 1,000 times the natural rate due to habitat destruction, largely of our own doing. Scientists estimate that one species goes extinct every twenty minutes. There has never been a more urgent time to pay heed to E.O. Wilson’s admonition, for if bees once gave our planet its glorious colors and vibrant plant life, it doesn’t take a great leap of the imagination to envision what would happen if they were to disappear.

But despite the urgency of the conservation message, A Sting in the Tale is ultimately an optimistic book, written with profound love and respect for the creatures that gave Earth its colors and us our vitality. Complement it with Jon Mooallem’s heartbreaking and heartening, immeasurably moving Wild Ones.