BDS Case against Jake Lynch Finally Brought to a Close 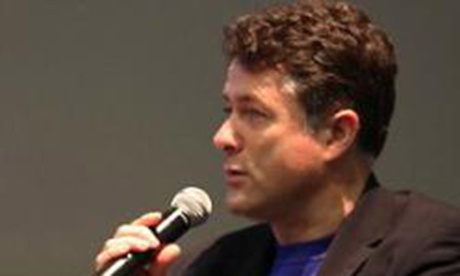 The landmark racial discrimination court case brought by Israeli legal group Shurat HaDin against Sydney University’s Jake Lynch was yesterday [16 Jul 2014] finally brought to a close, when a judge rejected a last-ditch attempt by an Australian lawyer to keep it alive.

Federal Court judge Alan Robertson issued orders allowing Shurat HaDin to withdraw from the case after it had accepted it had no natural persons left as plaintiffs, leaving it with no legal standing in an Australian court.

He made a general order for costs in favour of Professor Lynch.

Professor Lynch, who heads the Centre for Peace and Conflict Studies, came into Shurat HaDin’s crosshairs after he declined a request from Hebrew University of Jerusalem academic Dan Avnon to sponsor him for a Sir Zelman Cowen fellowship.

Shurat HaDin argued the decision amounted to racial discrimination against Professor Avnon by singling him out as Jewish and Israeli, claims vigorously denied by Professor Lynch.

The court hearing yesterday had been expected to mark the end of an epic courtroom battle pitting different interpretations of free speech and academic expression against one another, in what was set to be a precedent-setting case.

But at the hearing, the Australian lawyer who originally represented Shurat HaDin, Andrew Hamilton, sought leave to have a six week period in which he would decide whether his electric bicycle company, Green Freedom, would continue the case without Shurat HaDin.

Mr Lynch’s solicitor, Yves Hazan, told Justice Robertson the court had earlier issued orders that had the effect of taking all plaintiffs except for Shurat HaDin out of the case, and it was absurd for Mr Hamilton to prolong the closure of the matter.

“It’s got to stop, your Honour,” Mr Hazan told the court.

Justice Robertson adjourned the morning hearing saying he would bring down his decision on Mr Hamilton’s request after he had re-examined the court transcript.

Professor Lynch said at the end of the morning court session, referring to the famous Monty Python skit, that Mr Hamilton’s effort to keep the case going was “like the Black Knight fighting on after King Arthur has chopped off his arms and legs.”

Just hours later, Justice Robertson issued orders rejecting Mr Hamilton’s application for time to consider continuing the case, bringing it to an end for all parties.

Since the case began, two pro-BDS groups have been established, one at Sydney University called “Sydney Staff for BDS”, and what purports to be a national movement “Australians for BDS”.

Professor Lynch and his pro-BDS allies now plan to renew and intensify their campaign, after what he called his “comprehensive legal victory”.

“It gives the green light for many more Australians to take their own action in solidarity with the Palestinian struggle for rights and freedoms we are lucky enough to be able to take for granted,” Professor Lynch said.