Drone Warfare: Who Is Dying in Afghanistan’s 1,000-Plus Drone Strikes? 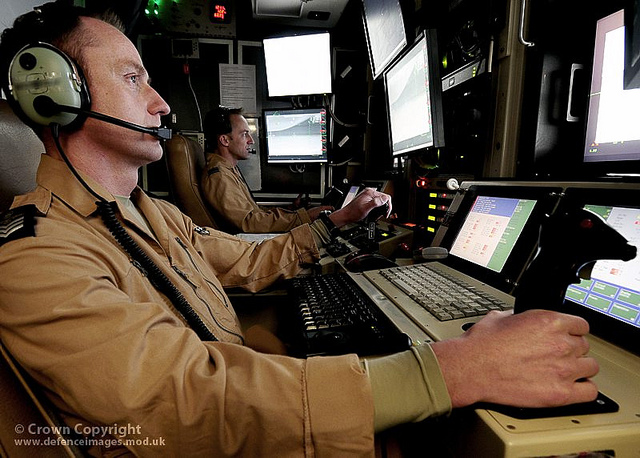 24 Jul 2014 – On the afternoon of September 7 last year, a truck made its way along a remote road in Watapur, a region in Afghanistan’s Kunar province. A local farmer, Miya Jan, heard a buzzing overhead, and looked up to see a drone above him, he told the Los Angeles Times. Minutes later, he heard an explosion.

Reaching the site, he realised the mangled vehicle belonged to his cousin. Among the bodies, he recognised his brother and his brother’s family. “There were pieces of my family all over the road,” he told the newspaper. “I picked up those pieces from the road and from the truck and wrapped them in a sheet to bury them.”

In the attack’s aftermath, claims and counter-claims circled. Afghan officials said the vehicle had contained at least eight civilians – and possibly as many as 11. But the International Security Assistance Force (Isaf) said the strike killed 10 “enemy forces” – although a spokesman told the New York Times Isaf would investigate.

The UN Assistance Mission in Afghanistan (Unama) investigated too. Interviewing more than 50 sources, it concluded that the vehicle was carrying six “insurgents” when it was struck – but also 11 civilians, including four women and four children. A four-year-old girl was seriously wounded.

Faced with this claim, Isaf initially “denied the possibility of civilian casualties”, Unama later reported. Pressed further, Isaf eventually confirmed the deaths of a woman and child, and “would not rule out the possibility of another woman’s death”.

An Isaf spokesman told the Bureau the force took precautions to avoid non-combatant deaths: “Isaf identified a target individual in a vehicle and followed him to an area remote from villages and apparent civilians. In spite of persistent observation, unknown to Isaf there were at least three civilians located in the vehicle with the target.”

He added: “Although Isaf’s engagement was successful against the insurgent target, regrettably the strike resulted in three other casualties.”

Isaf’s internal casualty records for September 2013, obtained by the Bureau, show that despite Unama’s strong evidence of 10 civilian deaths, Isaf still records just three non-combatants killed in the incident. The other deaths are not acknowledged – and in the black-and-white of the spreadsheet, even the possibility of further civilian deaths vanishes.

This isn’t the only incident where Isaf appears to have underreported non-combatant casualties. In 2010, Science reporter John Bohannon embedded with Isaf’s civilian casualty tracking unit, and was provided with its data. He found Isaf’s estimates were often far below Unama’s – for air strikes in 2009 and 2010, they were 74% lower.

An Isaf commander explained the organisation cannot access all provinces, and its assessments are sometimes carried out from the air. “We only count that which we see,” he told Bohannon. “You can do a tremendous amount of forensics … [but] seldom do we see the actual bodies.”

“Be first with the truth”

The apparent initial reluctance to acknowledge civilian casualties in the aftermath of the Watapur strike runs counter to military guidance. In August 2010, a month after he assumed command of international forces in Afghanistan, General David Petraeus issued instructions on how Isaf should manage the counter-insurgency.

He ordered troops: “Be first with the truth… Preempt rumors. Get accurate information to the chain of command, to the Afghan people, and to the press as soon as possible.”

He continued: “Acknowledge setbacks and failures, including civilian casualties, and then state how we’ll respond and what we’ve learned.”

Afghanistan is the most heavily drone-bombed country in the world: the Watapur strike is one of over 1,000 known to have hit the country in the past 13 years. Yet there is no public record of when and where these strikes took place, or who they killed. Strangely, more is understood of the US’s secret campaigns in Pakistan, Yemen and Somalia than about how drone use has evolved in Afghanistan.

The Bureau and others have used open sources – media reports, court affidavits, NGO reports and independent field investigations – to piece together a strike-by-strike picture of more than 450 strikes in the US’s covert campaigns, revealing at least 2,681 reported deaths, including 480 people or more who are described as civilians.

Reporting from Pakistan and Yemen and, particularly Somalia, is fraught with danger and difficulty, and this is reflected in the available reporting. But viewed as a whole, these sources paint a picture of how the weapon is used, and how this has evolved – so for example, the data shows a striking fall in civilian casualties over the past five years in Pakistan.

But there is no such public record for Afghanistan.

Air strikes represent a tiny fraction of the horrendous cost to non-combatants of the violence in Afghanistan – 1%, according to Unama’s latest report. In the first six months of 2014, the report documented over 1,500 civilian deaths, with crossfire from gun battles and roadside bombs the leading causes of death.

But the little information in the public domain raises troubling questions about the accuracy of drones when compared to other aircraft. Unama found that 45 civilians were killed in drone strikes in 2013 – accounting for over a third of civilian deaths in air strikes and more than three times 2012’s toll. In 2012, the most recent year for which data is available, around one in five of all air strikes were carried out by drones in 2012.

And civilian deaths persist: Unama released data to the Bureau showing that in the first half of 2014 it had identified eight civilian deaths in drone strikes – a decline from last year’s total, but similar to 2012, when it recorded 16 non-combatants killed in the full year. Unama cautions that these figures may be underestimates.

Meanwhile, a 2013 study analysing classified Isaf data found that drone strikes are significantly more likely to kill non-combatants than those carried out by other aircraft.

There is also the question of accountability. Unlike the covert campaigns, which are waged by the US alone, in Afghanistan two nations operate armed drones: the UK and US. But there is a vacuum of information around which force conducted which strike.

The UK, which has carried out over 300 drone strikes in the country, has consistently stated it is aware of only one incident in which non-combatants died: a March 2011 strike that killed four farmers. In December 2013, three months after the Watapur strike, then defence secretary Philip Hammond reiterated this claim in a Guardian op-ed.

In contrast, the US has not publicly acknowledged any part in the Watapur strike – or in the other 18 drone strikes that Unama found killed civilians in 2013. Nor is there any explanation for why the level of accuracy apparently achieved by British remotely-piloted operations is not matched by the US.

In Pakistan and Yemen, media reports and other sources go some way towards filling the black hole of official information, providing accounts from the ground, local officials and even, sometimes, unnamed US officials.

But a Bureau analysis finds that in Afghanistan, wracked by decades of conflict and upheaval, many strikes may go entirely unreported. Still more are reported by only a single source, or include only the vaguest details.

It’s not always clear even whether an attack was launched from an aircraft or not, an analyst told the Bureau, speaking on condition of anonymity. “The problem is that when something goes bang here, it’s a very confused place, so sometimes it’s not even clear if something was dropped from the sky or if it’s an IED [an improvised bomb] – just something goes bang,” he said.

The Bureau gathered reports of attacks in September 2013, identifying 34 air strikes, including 10 drone strikes. Attacks described as drone strikes were significantly more likely to include claims of civilian casualties than other air strikes – but the reporting is just too sparse to draw firm conclusions. Instead, it underscores the need for more detailed research.

As full operations draw down and forward operating bases that gather intelligence are closed, the risks to civilians mount, warned Rachel Reid, who leads research on Afghanistan and Pakistan at the Open Society Foundation.

“As the US withdraws from Afghanistan, [and] the networks of informants that provide human intelligence on potential targets is dismantled, the quality of intelligence that informs the strikes will degrade, making misidentifications and civilian casualties more likely, particularly in Afghanistan, but to some degree [also] in Pakistan,” she said

Horia Mosadiq, Afghanistan researcher for Amnesty International, said operations could increasingly rely on the CIA and special forces, which both operate under high levels of secrecy, posing even bigger challenges for those attempting to track casualties.

“So far, at least there were a lot of pressures from the Afghan government, and also organisations like Amnesty and others, to put pressure on civilian casualties and accountability… But I think after 2014, everything will be mixed up into the bigger picture… and it will be difficult to extract any information from these groups,” she said.

She continued: “A full, transparent record that can fulfil these goals needs information from all possible sources, which is why we call on states, including military actors such as Isaf, to release all information about casualties that they have, as soon as it is operationally safe to do so.”

The Bureau’s study on drones in Afghanistan was supported by the Remote Control project, an initiative backed by the Network for Social Change. This story was also published in Vice News.