Behind our screens, tech companies are racing to extract a price for what we read and watch on the web: our personal information. 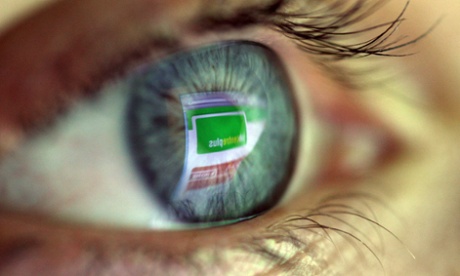 Every now and then, when I try to read an online article, I see nothing but a blank space where the article should appear. Because I run software to block third-party tracking cookies, the publication blocks my access to the article. When I give such sites – and there are a number of them – full permissions on my browser, the articles become visible.

My inability to read one article isn’t just annoying – it’s part of a global effort to end internet users’ “free lunch” of content. Behind our screens, there is a technological race to extract a price for what we read and watch on the web: our personal information and browsing habits. And as Silicon Valley and the advertising industry continue to merge, the incentives to collect and use that information will only grow.

In my case, I use blocking software to prevent third-party advertising networks – firms most people don’t even realize are watching – from installing “cookies” to monitor my activity elsewhere on the web. Those cookies “watch” as you surf in order to, their designers insist, put more relevant ads in your face.

The result of all these cookies – which are essentially the entire “business model of the web” (or great swaths of it) – is legal surveillance. Most people don’t know the extent of the tracking, or that they’ve consented to it all.

But when people do know, they quite often want to be free of all this tracking – especially in the wake of the NSA revelations, including the news that government spies piggyback on these corporate cookies to watch people. So the advertising industry just keeps developing new ways to prevent people from preventing them from watching.

One way they are doing this is to replace cookies, which worked fairly well for a long time when people accepted their browsers’ default configuration, which until fairly recently has been to allow most cookies. For instance, some sites began using so-called “super-cookies” (based on Adobe’s Flash software) that were designed to be hard-to-dislodge, but countermeasures did eventually emerge. Google, which runs one of the world’s largest web advertising networks, is reportedly looking into a way to create an anonymous ID to follow you everywhere on the web.

The bulk of canvas fingerprinting deployments about which we know came from AddThis, a social media sharing tool used on a huge number of websites. Rich Harris, the company’s CEO, assured ProPublica that nothing nefarious was going on, and that you and I could opt out of the tracking by – this is not a joke – allowing AddThis to install a cookie to tell the company to ignore the data it was getting from you.

Look, I have absolutely no objection to seeing advertising on a website, or having that site install its own cookie to keep track of when I’ve been there – if it’s a one-to-one relationship. What I don’t appreciate is having several (or even a dozen or more) third-party cookies automatically installed on my computer, controlled by advertising networks I don’t know anything about, and aggregating and reporting data to faceless companies about what I’m doing, everywhere I go on the internet.

I don’t even mind having websites reject my pageviews when I reject their various requests to put their software on my hard drive. Sometimes, I will even manually turn on some third-party widget (like a comment system), and I’m happy to spend that extra second clicking on a box to do so. I’m also willing to pay subscription fees if I can dismiss tracking as part of the bargain – a deal I’m almost never offered.

More and more people are getting tired of what’s being done to them and their computers, often without a hint of disclosure. But it’s increasingly obvious that the ad/tech industry will never do the right thing just because consumers are uncomfortable or even angry with their practices.

So what’s an angry – or worried – internet user to do? Check out tools like Privacy Badger, Ghostery, AddBlock Plus, BetterPrivacy and Disconnect, which offer a variety of approaches to restore some privacy to your web browsing, even if you aren’t a particularly advanced computer programmer. Support the work the people who want to protect privacy, including volunteers and employees of advocacy groups such as the Electronic Frontier Foundation.

And pressure lawmakers to insist on a zone of privacy when it comes to the internet. It might not happen immediately, but it will never happen if we let the tech company lobbyists be the most prominent voices our legislators hear.