I’ll wake at noon and ask the radio
the questions people ask of it:
Is the shelling over?
How many were killed?

But my tragedy, Fado,
is that there are two types of people:
those who cast their suffering and sins
into the streets so they can sleep
and those who collect the people’s suffering and sins
mold them into crosses, and parade them
through the streets of Babylon and Gaza and Beirut
all the while crying
Are there any more to come?
Are there any more to come?

Two years ago I walked through the streets
of Dahieh, in southern Beirut
and dragged a cross
as large as the wrecked buildings
But who today will lift a cross
from the back of a weary man in Jerusalem?

The earth is three nails
and mercy a hammer:
Strike, Lord
Strike with the planes

Are there any more to come? 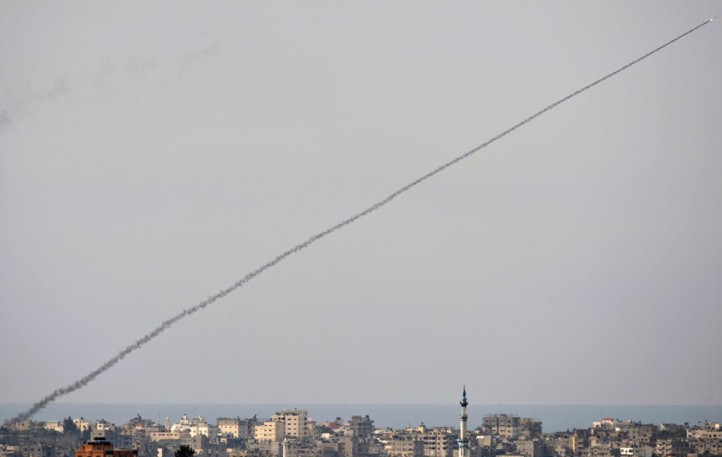 Used by permission from Nothing More to Lose (New York Review Books, 2014)

Translated from the Arabic by Kareem James Abu-Zeid.

Najwan Darwish, one of the foremost Arabic-language poets of his generation, was born in Jerusalem in 1978. He has worked as the editor of two cultural magazines in Palestine and was a cultural critic for the prominent Lebanese newspaper Al-Akhbar from 2006 to 2012. Darwish has been an organizer and advisor for many public arts projects, among them the Palestine Festival of Literature. In 2009, he founded a literary press in Jerusalem, and he is currently involved in establishing a new pan-Arab newspaper, where he will be the chief editor of the arts and culture section. In 2009, he was on the Hay Festival Beirut’s list of the “Best 39 Arab authors under the age of 39.” He lives in Jerusalem.

Kareem James Abu-Zeid has translated novels by the Lebanese writer Rabee Jaber and the Sudanese writer Tarek Eltayeb, as well as the poetry collection The Iraqi Nights by Dunya Mikhail. Abu-Zeid also translates from French and German, and has taught university courses in four different languages in Berkeley, Mannheim, and Heidelberg. He works as a freelance translator and editor.

Please feel free to forward Split This Rock Poem of the Week widely. We just ask you to include all of the information in this email, including this request. Thanks!