Edna St. Vincent Millay on the Death Penalty and What It Really Means to Be an Anarchist

“The minds of your children are like clear pools, reflecting faithfully whatever passes on the bank…”

In 1921, Italian immigrants Nicola Sacco and Bartolomeo Vanzetti, both in their thirties, were convicted of murdering two payroll guards during a bank robbery in Massachusetts. The conviction was made despite highly questionable ballistic evidence and multiple eyewitness accounts that placed Sacco in a different city on the day of the alleged crime. The case dragged on for years, until Sacco and Vanzetti were sentenced to death in April of 1927. Many, including a number of public intellectuals, believed the murder conviction was wrong, deliberately served to punish the two men for their history as social activists and anarchists, and the subsequent death sentence a complete failure of both the justice system and humanity. Among the outraged was Edna St. Vincent Millay — beloved poet and lover of music, writer of passionate love letters and playfully lewd self-portraits, delinquent schoolgirl, literary gateway drug for children, and only the third woman to receive the Pulitzer Prize for Poetry. 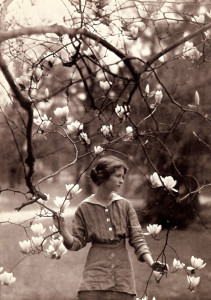 On August 22, 1927, 35-year-old Millay made a passionate case for justice and humanity in a letter to Massachusetts Governor Alvan T. Fuller, found in the altogether absorbing The Letters of Edna St. Vincent Millay (public library). She had met with the governor, one of the wealthiest men in America at the time, earlier that afternoon to interview him for a magazine story she was doing on the case. Millay writes:

Tonight, with the world in doubt, with this Commonwealth drawing into its lungs with every breath the difficult air of doubt, with the eyes of Europe turned westward upon Massachusetts and upon the whole United States in distress and harrowing doubt — are you still so sure? Does no faintest shadow of question gnaw at your mind? For, indeed, your spirit, however strong, is but the frail spirit of a man. Have you no need, in this hour, of a spirit greater than your own?

Think back. Think back a long time. Which way would He have turned, this Jesus of your faith? — Oh, not the way in which your feet are set!

You promise me, and I believe you truly, that you would think of what I said. I exact of you this promise now. Be for a moment alone with yourself. Look inward upon yourself. Let fall from your harassed mind all, all save this: which way would He have turned, this Jesus of your faith?

I cry to you with a million voices: answer our doubt. Exert the clemency which your high office affords.

There is need in Massachusetts of a great man tonight. It is not yet too late for you to be that man.

The governor never rose to greatness. Millay was arrested and thrown in jail for joining the public protests and the “death watch.” Minutes after midnight on August 23, Sacco and Vanzetti were executed. 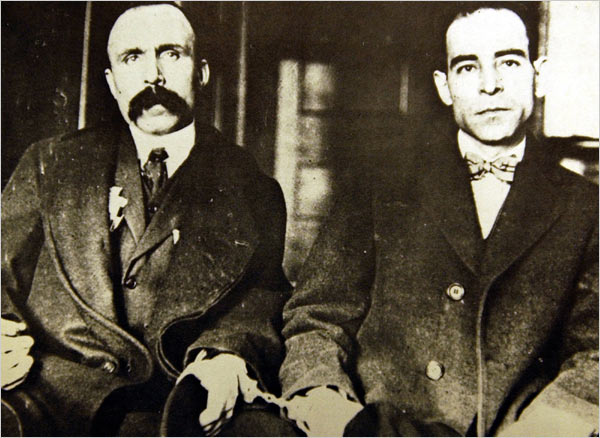 Over the next three months, Millay remained thoroughly invested in the story and its broader cultural implications. On November 9, 1927, the weekly New York magazine The Outlook published her article on the ruling, titled “Fear” — a kind of open letter to the general public, a spirited case against the execution of the two men and, more broadly, of execution in general. She writes:

And you are right; it is well to forget that men die. So far we have devised no way to defeat death, or to outwit him, or to buy him over. At any moment the cloud may split above us and the golden spear of death leap at the heart; at any moment the earth crack and the hand of death reach up from the abyss to grasp our ankles; at any moment the wind rise and sweep the roofs from our houses, making one dust of our ceilings and ourselves. And if not, we shall die soon, anyhow. It is well to forget that this is so.

But that man before his time, wantonly and without sorrow, is thrust from the light of the sun into the darkness of the grave by his brother’s blindness or fear it is well to remember, at least until it has been shown to the satisfaction of all that this too is beyond our power to change.

Millay argues that the atrocity of the sentence itself was only amplified by the failure of justice that resulted, as it was believed, in the men being wrongly accused of murder in order to punish them for their social activism:

If you should rouse yourself for a moment and look about you at the world, you would be troubled, I think, and feel less peaceful and secure, seeing how it is possible for a man as innocent as yourself of any crime to be cast into prison and be killed. For whether or not these men whom I do not name were guilty of the crime of murder, it was not for murder that they died. The crime for which they died was the crime of breathing upon the frosty window and looking out.

An Anarchist, you insist, is a man who makes bombs and puts them under the State House, and that is that. On the contrary, that is by no means that. The person you have in mind is not an Anarchist, he is a bomber. You will find him everywhere — among Anarchists, among Fascists, among dry-law enforcers, among Modernists, among Fundamentalists, and freely distributed throughout the Ku Klux Klan. He is that person who, when he does not like a thing, lynches it, tars and feathers it, lays a curse upon it, or puts a bomb under it. His name is legion, and you will find him in every party.

An Anarchist, according to the dictionary, is a person who believes that human beings are naturally good, and that if left to themselves they would, by mutual agreement, govern themselves much better and much more peaceably than they are being governed now by a government based on violence. [TMS editor: The 12-Step self-help Anonymous groups as examples]

Millay also argues that the men’s status as immigrants made them all the more vulnerable to injustice:

These men were castaways upon our shore, and we, an ignorant and savage tribe, have put them to death because their speech and their manners were different from our own, and because to the untutored mind that which is strange is in its infancy ludicrous, but in its prime evil, dangerous, and to be done away with.

These men were put to death because they made you nervous; and your children know it. The minds of your children are like clear pools, reflecting faithfully whatever passes on the bank; whereas in the pool of your own mind, whenever an alien image bends above, a fish of terror leaps to meet it, shattering its reflection.

Millay’s closing words reveal just how profoundly the case had touched some deep part of her own humanity, and their poignancy carries great resonance for contemporary debates on the death penalty, nearly a century later:

I am free to say these things because I am not an Anarchist, although you will say that I am. It is unreasonable to you that a person should go to any trouble in behalf of another person unless the two are members of the same family, or of the same fraternity, or, at the remotest, of the same political party. As regards yourself and the man who lives next door to you, you wish him well, but not so very well.

I dare say these things because I am an not Anarchist; but I dare say them for another reason, too: because my personal physical freedom, my power to go in and out when I choose, my personal life even, is no longer quite so important to me as it once was… Death even, that outrageous intrusion, appears to me at moments, and more especially when I think of what happened in Boston two months ago, death appears to me somewhat as a darkened room, in which one might rest one’s battered temples out of the world’s way, leaving the sweeping of the crossings to those who still think it important that the crossings be swept. As if indeed it mattered the least bit in the world whether the crossings be clean or foul, when of all the people passing to and from there in the course of an eight-hour day not one out of ten thousand has a spark of true courage in his heart, or any love at all, beyond the love of a cat for the fire, for any earthly creature other than himself. The world, the physical world, and that once was all in all to me, has at moments such as these no road through a wood, no stretch of shore, that can bring me comfort. The beauty of these things can no longer make up to me for all the ugliness of man, his cruelty, his greed, his lying face. 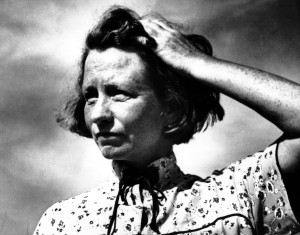 The Letters of Edna St. Vincent Millay is a trove of timeless wisdom, and the lion’s share of it is far more humanistic and uplifting than Millay’s reaction to the Sacco-Vanzetti case. Sample it further with Millay on her love of music, her love of her mother, and her love letters to Edith Wynn Matthison.