Summer, 69 years later. The burning sun takes us back to “that day.” 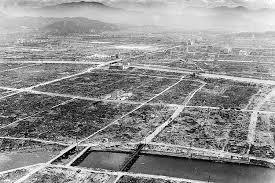 From infants to the elderly, tens of thousands of innocent civilians lose their lives in a single day. By the end of the year, 140,000 have died. To avoid forgetting that sacred sacrifice and to prevent a repetition of that tragedy, please listen to the voices of the survivors.

Approximately 6,000 young boys and girls died removing buildings for fire lanes. One who was a 12-year-old junior high student at the time says, “Even now, I carry the scars of war and that atomic bombing on my body and in my heart. Nearly all my classmates were killed instantly. My heart is tortured by guilt when I think how badly they wanted to live and that I was the only one who did.” Having somehow survived, hibakusha still suffer from severe physical and emotional wounds.

“Water, please.” Voices from the brink of death are still lodged in the memory of a boy who was 15 and a junior high student. The pleas were from younger students who had been demolishing buildings. Seeing their badly burned, grotesquely swollen faces, eyebrows and eyelashes singed off, school uniforms in ragged tatters due to the heat ray, he tried to respond but was stopped. “‘Give water when they’re injured that bad and they’ll die, boy,’ so I closed my ears and refused them water. If I had known they were going to die anyway, I would have given them all the water they wanted.” Profound regret persists.

People who rarely talked about the past because of their ghastly experiences are now, in old age, starting to open up. “I want people to know the true cruelty of war,” says an A-bomb orphan. He tells of children like himself living in a city of ashes, sleeping under bridges, in the corners of burned-out buildings, in bomb shelters, having nothing more than the clothes on their backs, stealing and fighting to eat, not going to school, barely surviving day to day working for gangsters. 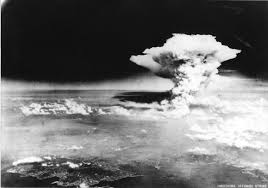 Immediately after the bombing, a 6-year-old first grader hovered on the border between life and death. Later, she lived a continual fearful struggle with radiation aftereffects. She speaks out now because, “I don’t want any young people to go through that experience.” After an exchange with non-Japanese war victims, she decided to convey the importance of “young people making friends around the world,” and “unceasing efforts to build, not a culture of war, but a culture of peace.”

The “absolute evil” that robbed children of loving families and dreams for the future, plunging their lives into turmoil, is not susceptible to threats and counter-threats, killing and being killed.

Military force just gives rise to new cycles of hatred. To eliminate the evil, we must transcend nationality, race, religion, and other differences, value person-to-person relationships, and build a world that allows forward-looking dialogue.

Hiroshima asks everyone throughout the world to accept this wish of the hibakusha and walk with them the path to nuclear weapons abolition and world peace.

Each one of us will help determine the future of the human family.

Please put yourself in the place of the hibakusha. Imagine their experiences, including that day from the depths of hell, actually happening to you or someone in your family. To make sure the tragedies of Hiroshima and Nagasaki never happen a third time, let’s all communicate, think and act together with the hibakusha for a peaceful world without nuclear weapons and without war.

We will do our best. Mayors for Peace, now with over 6,200 member cities, will work through lead cities representing us in their parts of the world and in conjunction with NGOs and the UN to disseminate the facts of the bombings and the message of Hiroshima. We will steadfastly promote the new movement stressing the humanitarian consequences of nuclear weapons and seeking to outlaw them. We will help strengthen international public demand for the start of negotiations on a nuclear weapons convention with the goal of total abolition by 2020.

The Hiroshima Statement that emerged this past April from the ministerial meeting of the NPDI (Non-Proliferation and Disarmament Initiative) called on the world’s policymakers to visit Hiroshima and Nagasaki. President Obama and all leaders of nuclear-armed nations, please respond to that call by visiting the A-bombed cities as soon as possible to see what happened with your own eyes. If you do, you will be convinced that nuclear weapons are an absolute evil that must no longer be allowed to exist. Please stop using the inhumane threat of this absolute evil to defend your countries. Rather, apply all your resources to a new security system based on trust and dialogue.

Japan is the only A-bombed nation. Precisely because our security situation is increasingly severe, our government should accept the full weight of the fact that we have avoided war for 69 years thanks to the noble pacifism of the Japanese Constitution. We must continue as a nation of peace in both word and deed, working with other countries toward the new security system. 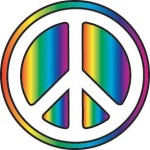 Looking toward next year’s NPT Review Conference, Japan should bridge the gap between the nuclear-weapon and non-nuclear-weapon states to strengthen the NPT regime. In addition, I ask the government to expand the “black rain areas” and, by providing more caring assistance, show more compassion for the hibakusha and all those suffering from the effects of radiation.

Here and now, as we offer our heartfelt consolation to the souls of those sacrificed to the atomic bomb, we pledge to join forces with people the world over seeking the abolition of the absolute evil, nuclear weapons, and the realization of lasting world peace.

Matsui Kazumi is the Mayor of Hiroshima.

Anticopyright: Editorials and articles originated on TMS may be freely reprinted, disseminated, translated and used as background material, provided an acknowledgement and link to the source, TMS: Hiroshima Peace Declaration, is included. Thank you.