US Warns Russia against Humanitarian Intervention in Ukraine 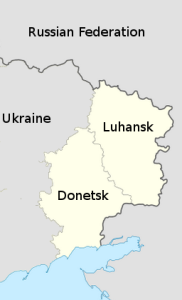 8 Aug 2014 – Less than 24 hours after President Obama announced a new round of military operations in Iraq, couched as a “humanitarian” endeavor aimed at preventing “genocide,” US Ambassador to the UN Samantha Power was warning Russia against doing the exact same thing.

“Unilateral intervention by Russia into Ukrainian territory, including one under the guise of providing humanitarian aid, would be completely unacceptable and deeply alarming, and it would be viewed as an invasion of Ukraine,” Power noted.

With growing Russian concerns about the million-plus displaced civilians, many of them fleeing into Russia itself, and growing evidence of civilian deaths in the Ukrainian offensive, which the US is loudly cheering, the Obama Administration apparently could not miss the parallels between the narrative and their own assorted “humanitarian” adventures.

As Ukraine’s “anti-terrorist” force nears major eastern population centers like Donetsk and Luhansk, artillery blazing, Russia has been pushing for the creation of humanitarian corridors both to allow aid in and civilians out. Power insisted the US opposes this, and that all humanitarian problems in eastern Ukraine are Russia’s fault.